Joe And Jill Biden Raked In $13.3M Just In One Year – But They Used Tax Loopholes To Claim Only $750K In Income 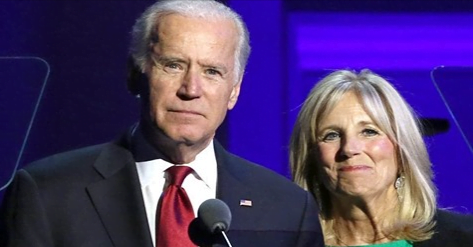 They’re calling out the Commander-in-Chief for only paying a small amount in personal income tax in recent years.

According to a report in the Wall Street Journal, the Bidens found a way to keep most of the $13.3 million they earned between 2018 and 2019.

Joe and his wife Jill Biden funneled millions in income through a pair of S corporations they set up in Delaware as a way to circumnavigate paying Social Security and Medicare taxes.

As it turns out, Joe and Jill earned about $13.3 million due largely to book royalties and speaking fees.

The other 94 percent of the money went through the S corporations, which stopped it from being subject to the 15.3 percent combined Social Security and Medicare tax rate (per CNBC).

Evidently, this is a common way to avoid paying a lot of taxes if you pull in a ton of money.

One could argue that the book royalties and speaking fees the Bidens received should’ve been counted as a form of income.

On the flip side, the Bidens aren’t the only wealthy individuals who have used S corporations to keep a hefty portion of their cash.

Even so, if this story makes the rounds, Joe Biden might have to explain this situation.

Both candidates will be under the microscope during debate season, after all — and now it looks like taxes will be a topic for both.