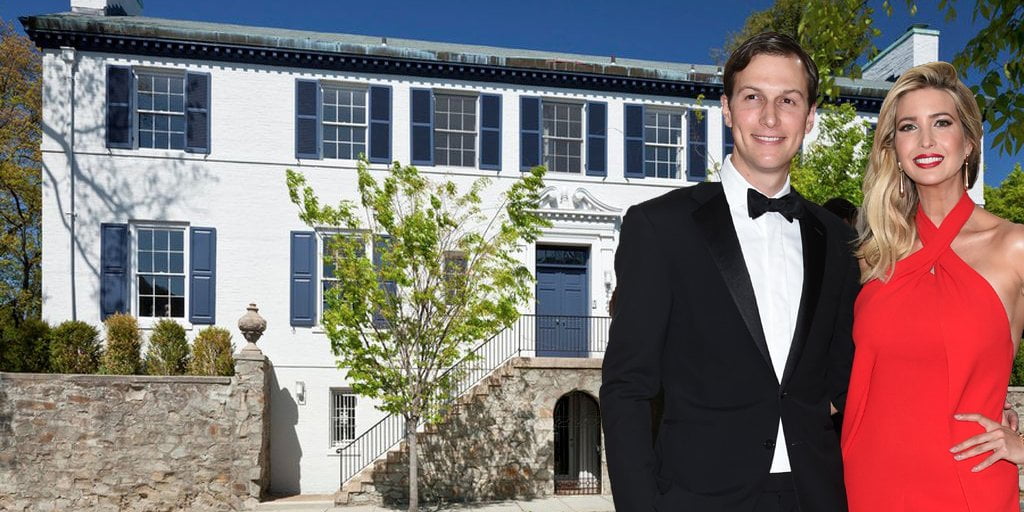 The home in the Kalorama neighborhood of Washington, D.C. where first daughter Ivanka Trump and her family will reportedly live.

The couple is renting a house in the nation’s capital from a Chilean billionaire, Andrónico Luksic, according to the Wall Street Journal.  Mr. Luksic’s company is involved in a legal dispute with the U.S. government over a copper-and-nickel mine in Minnesota.

Ms. Trump and Mr. Kushner’s D.C. rental is a six-bedroom mansion on Tracy Place, in Kalorama Heights, just two blocks from where President Barack Obama and his family will live after the White House.

The 3,800-square-foot white-brick mansion has six bedrooms, six-and-a-half bathrooms, and five wood-burning fireplaces, according to the property listing. There’s a terrace off of the main bedroom, a library, sunroom and garden.

Property records show the home last sold in 2013 for $3.5 million and was remodeled in 2014. Photos of the interior show an open floorplan and contemporary updates to the 1923 home, like glossy, lacquered kitchen cabinets and glass panels instead of stair railings.

The home had previously been listed with Washington Fine Properties broker Cynthia Howar.

The company has brokered many property transactions with the incoming administration. Commerce Secretary nominee Wilbur Ross is reportedly in contract to buy a $12 million Beaux-Arts mansion in Washington, D.C., through the same company. Treasury Secretary pick Steven Mnuchin has also bought a D.C. home through the brokerage, records show.

Mr. Ross’s house is considerably more lavish than the one on Tracy Place. His has a pool, a caterer’s kitchen and a 12-seat home theater.

Calls to Washington Fine Homes were not immediately returned. Neither was an email sent to Ms. Trump’s press contact.