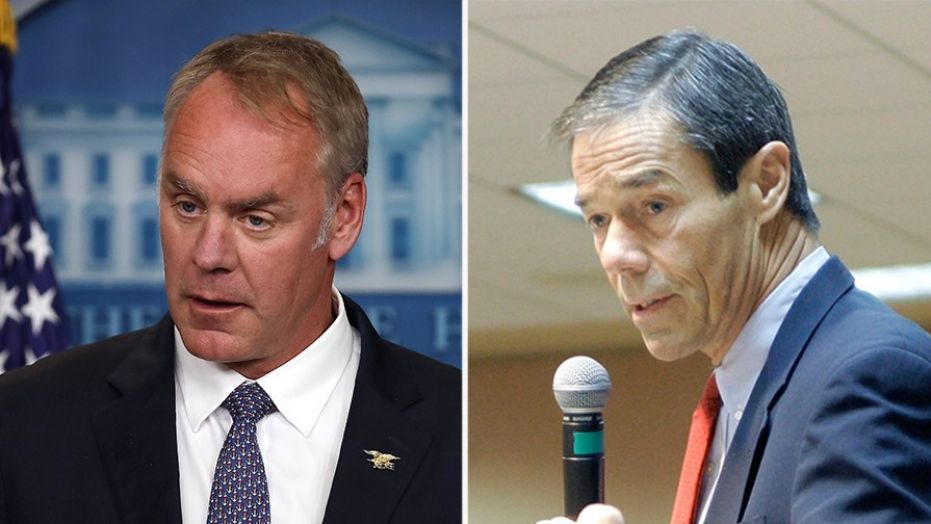 The U.S. Interior Department slammed the National Parks Service advisory board Wednesday after eight of the 10 members resigned over claims that the Trump administration refused to meet with them.

Alaska Governor Tony Knowles, chairman of the panel, confirmed seven resignations to Reuters on Tuesday saying the Trump administration had ignored their requests for a meeting.

An eighth member, Carolyn Hessler-Radelet, sent her letter of resignation to Department of Interior Secretary Ryan Zinke on Wednesday.

“We welcome their resignations and would expect nothing less than quitting from members who found it convenient to turn a blind eye to women being sexually harassed at National Parks,” Swift said in an emailed statement.

The Trump administration has accused the National Parks Service of allowing a culture of sexual misconduct to go unpunished under the Obama administration after Sally Jewell, Interior Secretary under President Barack Obama, was asked to investigate claims of an “intimidating, hostile or sexually offensive work environment” made by 13 former and current employees, The New York Times reported.

The Grand Canyon River District, where the claims were made, was shut down after the Office of the Inspector General found that Jewell failed to address numerous reports of sexual misconduct including physical assault, attempts by male employees to take inappropriate photos of female employees and the withholding of food supplies on trips when those advances were turned down, according to The Times.

The advisory board members that announced their resignations this week were appointed by Obama.

Swift also said in her statement that the claims that the Trump administration ignored their requests for a meeting were “false.”

“It is patently false to say the Department had not engaged the board, when as recently as January 8 we were working with the board to renew their charter, schedule a meeting and fill vacancies,” she said.

“Their hollow and dishonest political stunt should be a clear indicator of the intention of this group,” Swift added.