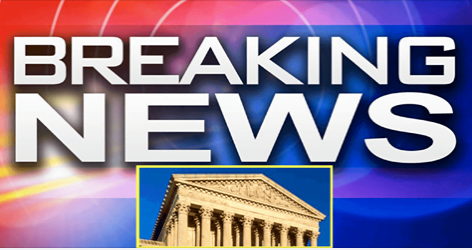 From the outside, it looks like Biden is getting his way. He’s been signing dozens of executive orders. And Democrats are rushing his agenda through Congress.

But when it comes to court battles, Biden is doing anything but winning.

Liberal environmentalists took a case all the way to the Supreme Court, but even in the age of Biden, it didn’t go over well for them.

The deliberative process privilege gives protection from disclosure under the Freedom of Information Act to in-house draft biological opinions that are both predecisional and deliberative, even if the drafts reflect the agencies’ last views about a proposal.

Left-wing group the Sierra Club sued the government to gain access to documents from the Fish and Wildlife Service.

They wanted to take a closer look at internal documents related to cooling water intakes for power plants.

The environmentalists seemed to believe that these structures were harmful to endangered species like fish and turtles.

Even though the final study showed the intakes did not harm wildlife, the Sierra Club wanted those internal documents.

What did they think they were going to find? Were they so determined to overturn a regulation that helps power plants function, that they’d pour over every government document, to find a flaw to exploit?

We wouldn’t put it past a group like the Sierra Club. This case started back in 2014, but they dragged it out all the way to 2021, demanding the Supreme Court rule in their favor.

But the court struck them down, saying that internal documents are not subject to the Freedom of Information Act.

That is a huge blow to this group and to future lawsuits by left-wing activists. If the court voted in favor of the Sierra Club, any radical group could demand documents from government agencies—citing this case.

Would that mean leftists could gain access to sensitive material? Maybe not at first, but you better believe they’d keep trying.

The 7-2 ruling firmly denies a leftist group’s demands to rifle through an agencies’ documents. And it prevents an aggressive environmentalist org from pushing the country around.