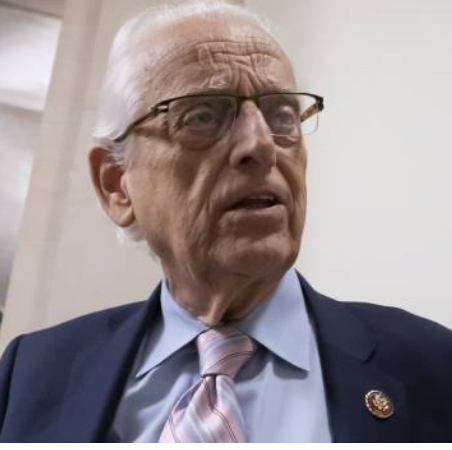 House Republicans are calling for the censure of Rep. Bill Pascrell, D-N.J, who filed complaints with state bars seeking the disbarment of Rudy Giuliani and 22 other Trump campaign lawyers over the lawsuits they filed in several states after the election.

The resolution was introduced by GOP Reps. Andy Biggs and Debbie Lesko of Arizona, Warren Davidson of Ohio, Andy Harris, of Maryland, and Randy Weber of Texas, reports Fox News.

He also accused Giuliani specifically of “conduct involving dishonesty, fraud, deceit, or misrepresentation: and accused him of helping Trump commit “sinister arson” by undermining public confidence in the election process.

In their resolution, the Republicans say Trump’s campaign has the legal right to sue and to ensure that all legal votes are counted, and to challenge illegal votes.

The resolution calls on the House to censure Pascrell for “conduct that threatens the livelihoods of American citizens in a way that is not befitting an elected Member of the House of Representatives.”

“Donald Trump and his minions are trying to steal the election after getting blown out by President-elect Joe Biden,” Pascrell said in a statement. “His lawyers filing frivolous lawsuits in taxpayer-funded courts are accomplices to Trump’s assault on American democracy and they must be held accountable.”