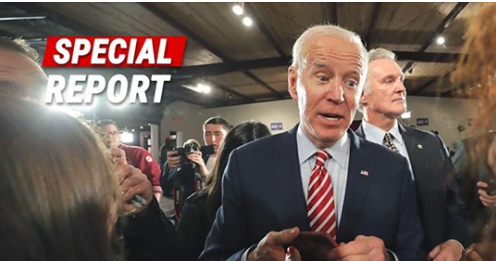 Biden is going on ahead as if he’s going to be the next president. Some may not agree, but if he does replace Trump in January—he needs his team ready.

Word is already coming out who he (or better put, who his handlers) is picking for his staff. It looked like he’s chosen establishment lackey John Kerry to head up climate change.

Yeah, the guy who lost to George Bush almost twenty years ago and talked with Iran behind Trump’s back.

Now Biden is picking a longtime confidant as his Secretary of State. But plenty of folks on both sides are concerned about what’s in his closet:

Joe Biden’s pick for secretary of state received criticism for his recent consulting work and early support for the Iraq War ahead of his Monday announcement for the post.

“Blinken advised Biden to vote for the Iraq War. Also said US failed by not sending more troops to Syria,” Ricochet editor-in-chief Jon Gabriel wrote on Twitter on Sunday…

Who knows who he’s helped “navigate” our government? Others have criticized Blinken for his poor decisions during the Iraq War.

He advised then-Sen. Biden to vote for the war, which many Americans now believe was a mistake. Who was against it from the beginning? Donald Trump.

Others criticized Blinken, giving the impression that he is a safe, unimpressive, typical D.C. figure.

Not the kind of stellar person you want heading up the State Department. Remember, the last time a Democratic president had the chance to appoint a Secretary of State, he picked Hillary Clinton and John Kerry.

Clinton allegedly used the State Department as a pay-for-play scheme to get rich. Kerry used it to negotiate what many believe was the worst deal with Iran in history.

Now, if Biden takes the White House, we’ll have another dub in such an important role.

Many worried that Joe Biden would be a backdoor for the radical left to take over the government. Maybe. But he could also be rolling over and letting the swamp take over the country, yet again.

What do you think of Biden’s pick for Secretary of State? Should he be picking anyone right now?