Hillary Clinton Criticizes Donald Trump for Not Conceding: ‘Protecting One Man’s Ego Not Worth Damaging Legitimacy of Democracy’ 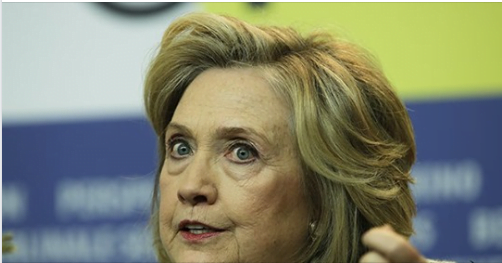 “Protecting one man’s ego is not worth damaging the legitimacy of our democracy,” she wrote:

Protecting one man's ego is not worth damaging the legitimacy of our democracy.

During a recent interview for the 2020 Reykjavík Global Forum, Clinton said she was looking forward to the future if former Vice President Joe Biden and Sen. Kamala Harris (D-CA) did end up in the White House as the mainstream media predict.

“I am feeling better than I have felt in four years,” she commented.

However, Trump in a tweet on Saturday asked “Why is Joe Biden so quickly forming a Cabinet when my investigators have found hundreds of thousands of fraudulent votes, enough to ‘flip’ at least four States, which in turn is more than enough to win the Election?”

Hopefully the Courts and/or Legislatures will have the COURAGE to do what has to be done to maintain the integrity of our Elections, and the United States of America itself. THE WORLD IS WATCHING!!!” he continued.

Trump’s campaign lawyers on Saturday said they will file an appeal to the Third Circuit court after a federal judge dismissed a lawsuit challenging the election results in Pennsylvania.

Today’s decision turns out to help us in our strategy to get expeditiously to the U.S. Supreme Court. Although we fully disagree with this opinion, we’re thankful to the Obama-appointed judge for making this anticipated decision quickly, rather than simply trying to run out the clock.

Trump’s campaign also announced a request for a recount of votes in Georgia, just hours after local officials certified the election results that showed Biden in the lead.

“We are focused on ensuring that every aspect of Georgia State Law and the U.S. Constitution are followed so that every legal vote is counted,” the campaign’s legal team said in a statement.