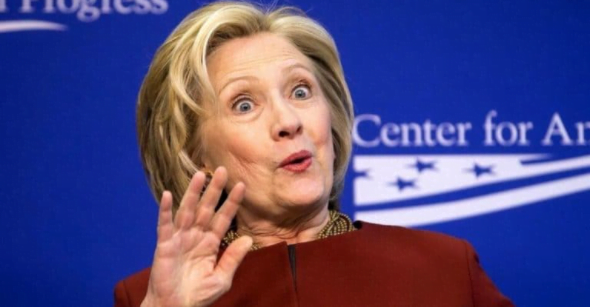 Did you think Hillary Clinton got off scot-free? Not quite. A D.C. federal appeals court is weighing an ongoing case over her email server.

A watchdog group is fighting to uncover what really happened in 2016. They want to question Clinton herself, something she has fiercely rejected for years.

But the court is getting close to deciding if she can keep ignoring justice for much longer.

The official topic of Tuesday’s arguments before the D.C. Circuit Court of Appeals was Hillary Clinton’s bid to avoid giving an in-person deposition…

At least two of the judges assigned to the case seemed to suggest an uphill battle for the former secretary, first lady, senator and two-time Democratic presidential candidate.

The D.C. Circuit Court of Appeals debated how long Clinton can avoid giving an in-person deposition over her email scandal.

Judicial Watch has been fighting to uncover documents relating to her email investigation for years. They have frequently called on the courts to require Clinton herself to come in and testify.

A recent development might allow them to do just that.

Just because it was years ago, doesn’t make what Clinton did any less unacceptable.

Her private email server was unlawful. She sent top-secret documents on this unsecured system. Evidence emerged showing how easy it was for hackers to access it.

Clinton jeopardized the national security of the whole nation, for reasons that are still unclear.

Many have guessed she was using this illegal, private server, to hide her “Pay-for-play” scheme with foreign donors to her Clinton Foundation.

If she was really selling access to the State Department, that would be something she didn’t want Obama to know about.

We know she deleted 33,000 emails and destroyed cell phones. Would anyone do that, who was innocent?

I mean, I don’t want the government to look at my phone, but I don’t need to smash it to keep it safe.

Then again, I’m not trying to hide anything…

Judicial Watch has been demanding Clinton own up to what she was doing. If there’s nothing to worry about, why can’t she show up for one day of testimony?

Yet she’s been dodging this for four years. Methinks she has something to worry about…

SHARE if you want to see Hillary take the stand for what she’s done.