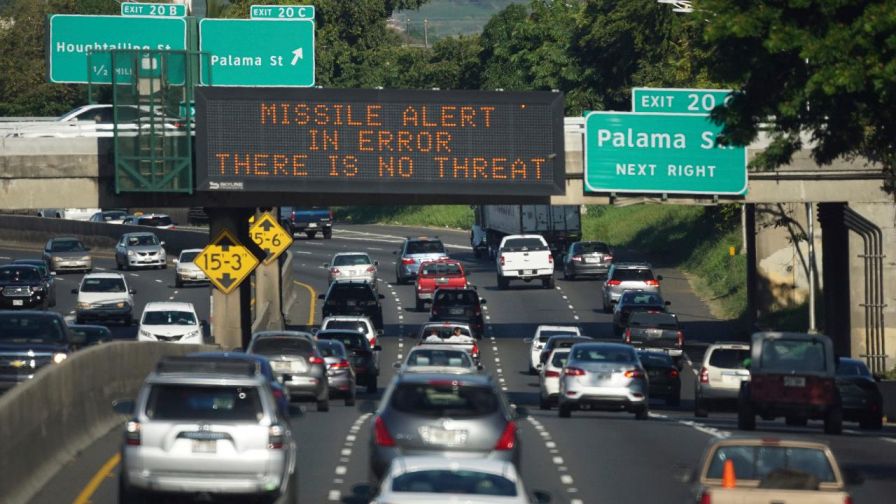 The nuclear attack false alarm in Hawaii this weekend should be a wake-up call—not just to the need to prevent mistakes like this again, but also for the need to get serious about ballistic missile defense.

What if the launch had been real?  What if it really had been headed for Hawaii—or a city on our West Coast?  What options do we have for stopping a catastrophic missile attack by North Korea?

The FCC is launching a full-scale investigation into what went wrong in Hawaii, to make sure nothing like it happens anywhere again.  Now, the Pentagon and its Missile Defense Agency need to launch a full-press investigation into making sure we have all the tools they need to prevent a missile attack.

We already have ground-based ballistic missile defenses like THAAD and Aegis, and the Trump administration and Congress have just authorized an additional $4 billion to expand our ground-based systems.

Fortunately, there’s also a system that could intercept Kim’s missiles in their initial boost phase – in other words, almost as soon as they leave the launching pad, thanks to former science and technology director of the Ballistic Missile Defense Organization, Dr. Leonard Caveny. This is a system that uses existing technology and is getting serious attention on Capitol Hill.

Fortunately, there is also a system that could intercept Kim’s missiles in their initial boost phase – in other words, almost as soon as they leave the launching pad.

Every large multi-stage rocket like a North Korean ballistic missile needs high-thrust booster engines to get out the atmosphere. Intercepting a missile in this boost phase has huge advantages.  Since it’s the hottest stage of a ballistic missile launch, it’s the easiest for long-range infra-red sensors to detect and identify.  It’s also the slowest phase of the launch, while a missile in later phases of the launch – such as the final or terminal phase – gains speed as it closes in on its target.

Ground-based missile interceptors like THAAD or Aegis can’t do boost-phase intercept (BPI) of a North Korean missile, because they can’t detect the launch soon enough.  But American-built unmanned aerial vehicles (UAV), also known as drones, such as Predator or Global Hawk carrying up to four two-stage interceptor missiles could do the job, even while stationed in international air space off the North Korean coast at altitudes of 45,000 to 55,000 feet.

The key is creating a two-stage interceptor missile which can deliver speeds up to 3.5-3.8 kilometers per second—a larger and faster version of conventional air-to-air missiles that can use its own built-in sensors to intercept its target.  Manned fighter aircraft have successfully done BPI tests using single-stage missiles of this type.  Deploying two-stage versions in a rotating UAV patrol off the North Korean coast would provide a 24/7 frontline layer of security from missile attack—while also ensuring that any debris from an intercepted missile falls onto North Korean territory, or into the Sea of Japan.

For example, an Unha-type 2000kg missile aimed at Oahu would be in boost phase a total of 278 seconds.  Dr. Caveny has calculated that a UAV stationed 100 kilometers off the Korean coast at 54,000 feet could intercept that missile 200 seconds into boost phase with a 3.8 km/second missile, with more than 115 seconds for the on-the-ground operators to decide to intercept—plenty of time to initiate the kill chain.

Will it work?  I organized a Hudson Institute conference this summer in San Diego where American and Japanese engineers tested the numbers Dr. Caveny proposed.  Their verdict was unanimous: BPI using UAV’s and conventional missiles was not only technically feasible, but the best short-to-midterm solution to stopping North Korean missile launches in the boost phase.  The numbers have impressed members of Congress enough that Senators James Inhofe, R-Okla., and Dan Sullivan, R-Alaska, have offered a bill requesting that $100 million of the $4 billion missile defense supplemental be spent on developing a UAV version of BPI.

Right now our Missile Defense Agency is working on a BPI system using high-energy lasers, but admits it will be at least five years before it’s ready to test.  Since all the technology for a UAV BPI has already been tested, a fast-track development and deployment schedule could create a working prototype in a year or less, at a fraction of the one billion dollar price tag for THAAD—and with a big boost in peace of mind for Americans living in Hawaii or anywhere on the country’s West Coast.

No ballistic missile system is ever foolproof.  That’s why ground-based systems like THAAD and Aegis are still necessary, and why development of a laser BPI system must still press ahead.  But UAV BPI will add a vital and timely layer of protection from attack, and will send a powerful message to Kim Jong Un: America won’t submit to nuclear blackmail, and is more than ready to deploy the technologies needed to stop that threat cold.