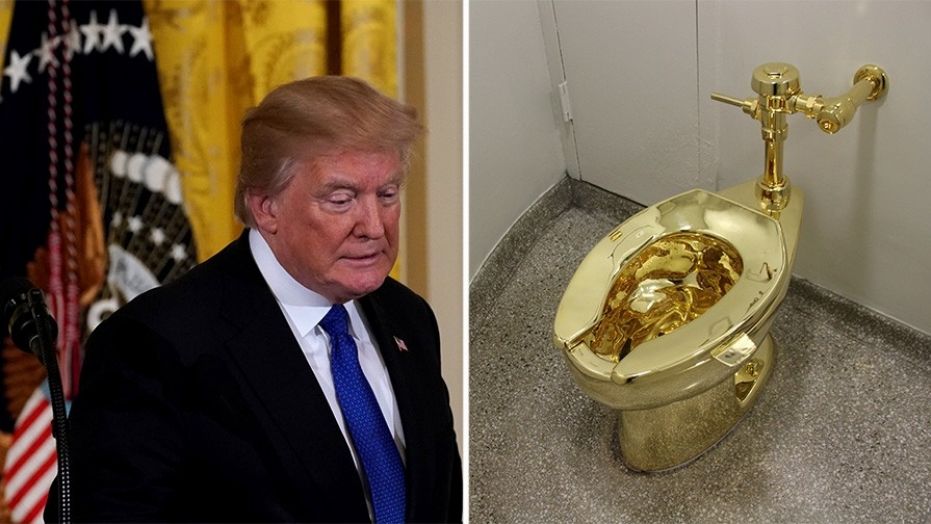 The White House requested a Vincent Van Gogh for the president and first lady.

They were offered a golden toilet instead.

According to the Washington Post, the prestigious Guggenheim Museum in New York City recently rejected a request to display Van Gogh’s 1888 work “Landscape With Snow” in the residence of the White House and proposed instead an 18-karat gold toilet that has been touted as anti-Trump art.

The newspaper obtained an email from Guggenheim curator Nancy Spector to the White House in which she said the toilet was available “should the President and First Lady have any interest in installing it in the White House.”

“It is, of course, extremely valuable and somewhat fragile, but we would provide all the instructions for its installation and care,” Spector wrote.

Spector is a Trump foe who has spoken out against the president.

“In Trump’s America, the sustained assault on basic human and civil rights—the travel ban being only one example—calls for a decisive and unflinching response from the art community,” she wrote in a blog post on the museum’s website.

After Trump was elected in 2016, Spector wrote on Instagram: “This must be the first day of our revolution to take back our beloved country from hatred, racism, and intolerance. Don’t mourn, organize.”

According to the Post, the golden toilet, satirically called “America,” was displayed in a public restroom at the Guggenheim for a year.

Maurizio Cattelan, the artist behind “America,” would not discuss the meaning of the art piece when reached by the Post. “What’s the point of our life?” he told the outlet. “Everything seems absurd until we die and then it makes sense.”

But in a blog post last year about the exhibit, Spector made clear she viewed the piece as anti-Trump. She argued that “Trump is synonymous with golden toilets.”

“Cattelan’s anticipation of Trump’s America will, perhaps, be the lasting imprint of the sculpture’s time at the Guggenheim,” she wrote.