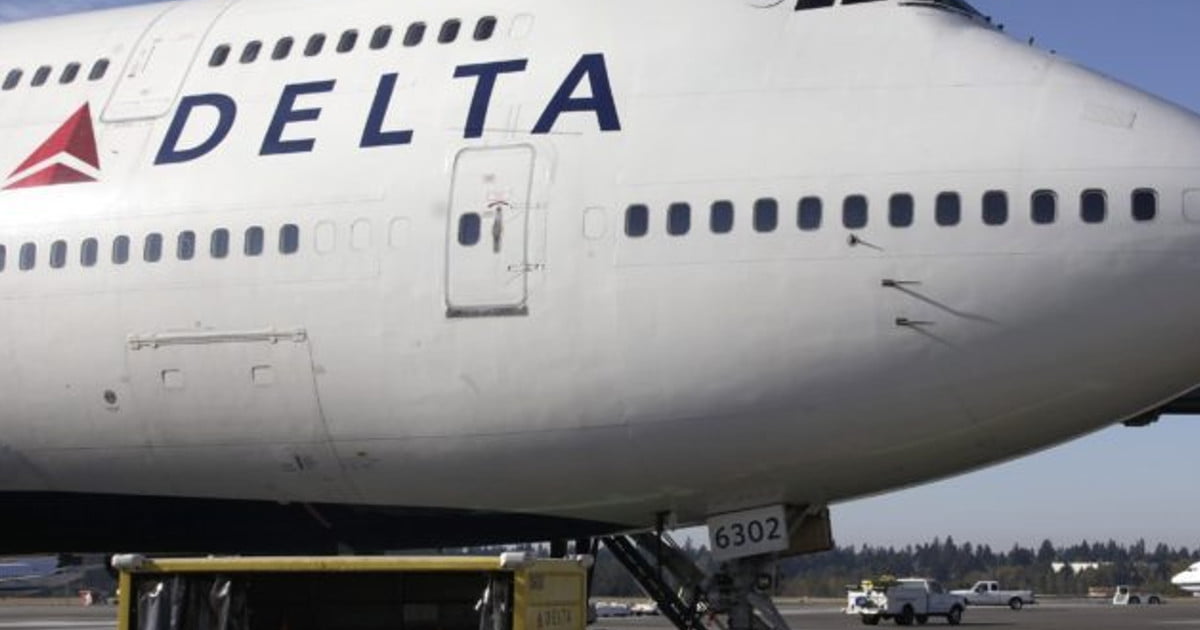 Georgia conservatives are attempting to derail a jet fuel tax break that the state government was set to hand out to Delta Airlines after the company cut ties with the NRA in the wake of the Parkland, Florida, school shooting.

Atlanta-based Delta was set to get a $40 million per year tax break on jet fuel from the Georgia legislature, something establishment Chamber of Commerce-backed GOP Gov. Nathan Deal supports handing out. But when Delta yanked its relationship with the NRA after the Parkland shooting, conservatives in Georgia have risen up against the airline’s efforts to procure this big government handout.

“I decided to take action against Delta and the way they align with the left in going after the NRA and its members,” Debbie Dooley, an influential Atlanta-based Tea Party leader, told Breitbart News Sunday on SiriusXM Patriot Channel 125. “Donald Trump tweeted out something I will always remember. I think it was in 2015. He said when somebody challenges you unfairly, fight back. Be brutal. Be tough. That is what we’re going to have to be to fight for his agenda and to fight for the Second Amendment. If you’re in Georgia, I found out that Delta Airlines is asking for a $40 million per year tax break on jet fuel, and I realize the best way that we can be effective and the best way we can combat the boycotts and threats of the left is to hit them. Go after their subsidies. Go after their tax breaks that they’re receiving on the state level, and take it away from them. If we’re successful in stopping Delta’s tax subsidies, we will have cost them $200 million in five years. I think that’s something that’s important that we replicate in other states.”

Delta, this past week, tweeted that it was cutting off its relationship with the NRA:

Delta is reaching out to the NRA to let them know we will be ending their contract for discounted rates through our group travel program. We will be requesting that the NRA remove our information from their website.

In response, Dooley—a key organizer on the right with top conservatives nationally and in Georgia—sent out an email to thousands of conservatives across Georgia, imploring Republicans in the state legislature and the governor and lieutenant governor to stand up for the Second Amendment and Constitution of the United States against Delta by blocking the subsidy.

“We can have an impact,” Dooley told Breitbart News Sunday, imploring conservatives across Georgia and around the United States to step up and get involved. “There was some Democrats in Clayton County, which is one of the poorer counties in Georgia, that would be negatively impacted if Delta did not have to pay $40 million in gasoline tax. You’re talking about the county schools in Clayton County, the County government. So you already have Democrats opposing this. I just felt this is the best way to have an immediate impact, and we’re going after them. It was smooth sailing. I found out about it and sent out an email yesterday afternoon—I think it was about 2:20. And boy, all heck broke loose after I sent the email out. The email went out to 10,000 hard-core activists in Georgia, and the email went to the state legislators. It also went to the business community in Georgia. And Delta then began to realize what they had done, and they started trying to say—their chief lobbyist sent out a tweet saying Delta was not trying to attack the Second Amendment: ‘We’re pro-Second Amendment. We were just trying to be neutral.’”

David Werner, a former staffer for Gov. Deal who is now a Delta lobbyist, is the one who made the statement falsely claiming that the airline does support the Second Amendment and the Constitution of the United States:

@Delta announcement this morning was not a political statement-it was the opposite. @Delta merely confirmed its neutral status on a politically and emotionally charged issue by removing its name from the debate.

That comment from Werner is obviously a lie, however, since Delta did take a stand against the Second Amendment and the United States Constitution by cutting its ties with the NRA. In fact, Delta’s own statement on its own website admits it was a political decision to cut ties with the NRA.

“Delta informed the National Rifle Association Saturday that the airline will end its contract for discounted fares for travel to the association’s 2018 annual meeting. The company requested that the NRA remove Delta’s information from its meeting website,” Delta said on its website, adding:

Delta’s decision reflects the airline’s neutral status in the current national debate over gun control amid recent school shootings. Out of respect for our customers and employees on both sides, Delta has taken this action to refrain from entering this debate and focus on its business. Delta continues to support the 2nd Amendment. This is not the first time Delta has withdrawn support over a politically and emotionally charged issue. Last year, Delta withdrew its sponsorship of a theater that staged a graphic interpretation of “Julius Caesar” depicting the assassination of President Trump. Delta supports all of its customers but will not support organizations on any side of any highly charged political issue that divides our nation.

Dooley noted that there are consequences for Delta’s decisions to engage in extremist political actions against the NRA and the Second Amendment. Until Delta withdraws its attacks on the Constitution and reinstates its relationship with the NRA, Dooley says, it is unlikely that any Republicans in the Georgia State Senate could in good conscience give it this tax break.

“Up until Delta sent out that tweet, Gov. Deal’s former counsel—his attorney—went to be a lobbyist, left the governor’s office, and was hired by Delta to be a lobbyist to push this through,” Dooley said. “They attached it to a tax reform bill. It sailed through the House, and it was in the Senate. Lt. Gov. Casey Cagle, who is running for governor, was guiding it through the Senate. Delta was prodding him to rush it up, to go through and waive the rules in the Senate so they could go ahead and vote on it. Well, we now know why they were doing that; they knew what they were going to do about the NRA. There’s a state senator named Michael Williams, a big Trump guy—he was the Trump campaign guy in Georgia, the campaign chairman, and he stood up and he said no. He stopped them from doing that. He and a hard-core group of conservative senators after all this broke, after my email went out, are trying to put pressure on Lt. Gov. Cagle to recommit the tax cut bill to the Senate Finance Committee so they can amend it and remove Delta’s tax cut. We need to put pressure on Gov. Deal and Lt. Gov. Casey Cagle and people’s state senators and let them know that a vote for this corporate subsidy is a vote against our Second Amendment rights and against the NRA.”

Dooley said she “laughed at” Delta’s statement, too. It remains to be seen when the vote may happen, but it is heating up in Georgia’s statehouse right now.

“Delta is going to push for their tax breaks, and they are not going to back down,” Dooley said. “This is a fight we can win. This is a stand in Georgia we can take that will send a warning shot to other major corporations that says, ‘Don’t even think about doing this because we’re coming for you if you do. And we’re going to hurt, hit you so hard in your pocketbook that you’re going to think twice about it because we’re going to take away your corporate giveaways.’”