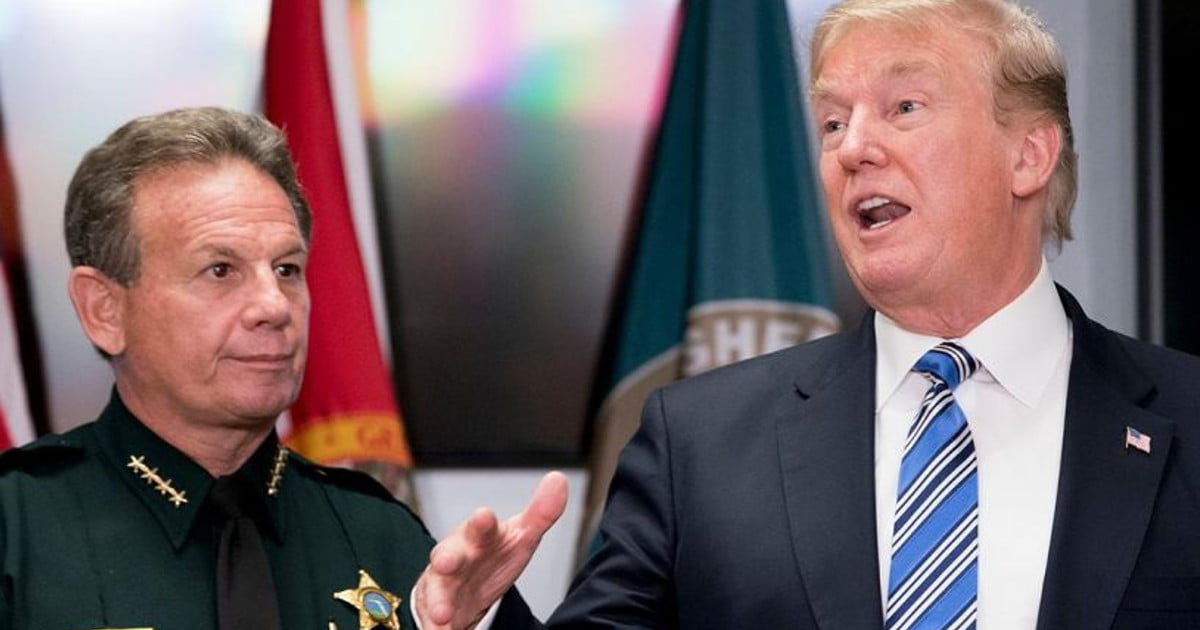 The massacre at a Florida high school has revived an all-too-familiar national debate on gun control – but this time, public pressure combined with fresh presidential interest could spur at least some changes in the country’s gun laws.

Most recently, the White House said President Trump backs efforts to improve the country’s background check system. His abrupt involvement could be the nudge for action in a Congress divided on virtually every issue.

“We want to make sure that the background check process is fully staffed and that all information gets in,” White House spokesman Raj Shah said Monday on “Fox & Friends,” describing the current system as a “patchwork.”

Trump specifically has taken interest in bipartisan Senate legislation that would bolster the National Instant Criminal Background Check System — a nationwide database for gun sellers that helps prevent the purchase of guns by criminals, the mentally ill and others considered too dangerous to own a firearm.

The Republican-controlled House already passed a measure to strengthen or fix the so-called NICS system, as part of legislation approved in December 2017 that also would allow gun owners more freedom to take a firearm across state lines.

The reciprocity provision is a conservative priority that might not attract bipartisan support in the Senate. 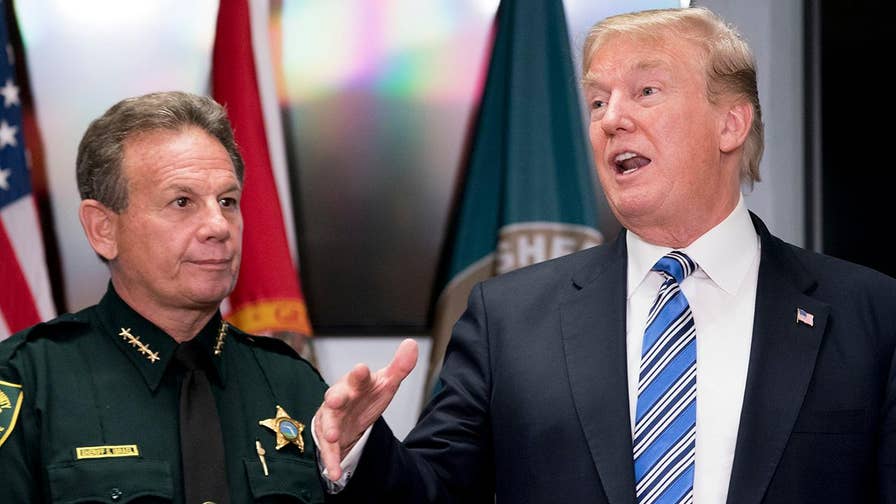 White House Press Secretary Sarah Sanders said in a statement that their discussion focused on efforts to “improve federal compliance” with criminal background check legislation. She said the president is “supportive” of such efforts but cautioned that “discussions are ongoing and revisions are being considered.”

Cornyn has been working on a version of the bill since at least last year and suggested well before the Florida massacre that it had “good bipartisan support.” The plan also tries to ensure that federal and state authorities submit critical information like criminal convictions to the database.

The National Rifle Association, considered the country’s most influential gun-rights group, also is backing congressional efforts to improve the system.

Whether this leads to congressional action, or political point-scoring, remains to be seen.

Both the NRA and Trump were hammered by gun control advocates in the wake of last week’s massacre, where the shooter had an AR-15-style rifle. Trump took heat for his initial comments focusing largely on the issue of mental health.

He, in turn, has hammered the FBI after the bureau admitted it failed to follow up on clear warnings about the shooter.

Very sad that the FBI missed all of the many signals sent out by the Florida school shooter. This is not acceptable. They are spending too much time trying to prove Russian collusion with the Trump campaign – there is no collusion. Get back to the basics and make us all proud!

“Very sad that the FBI missed all of the many signals sent out by the Florida school shooter. This is not acceptable,” he tweeted, accusing agents of being distracted by the Russia probe.

Other presidents have put their support behind efforts to stop gun violence, only to see such initiatives fail in Congress, most notably after gunman Adam Lanza killed seven adults and 20 children at Sandy Hook Elementary School, in Newtown, Conn., in December 2012.

“As a country, we have been through this too many times,” then-President Barack Obama said afterward. “We’re going to have to come together and take meaningful action to prevent more tragedies like this, regardless of the politics.”

However, the Senate, then controlled by the president’s fellow Democrats, couldn’t pass any proposals to change gun laws.

The gun control debate has played out after virtually every mass shooting since April 1999, when two teens killed 12 fellow students and a teacher before killing themselves inside their Columbine High School, in Littleton, Colo.

But the most-recent calls for action could escalate the pressure — including nationwide rallies planned next month by students who survived last week’s shooting in Florida. Seventeen people were killed in the attack at Marjory Stoneman Douglas High School, in Parkland, Fla.

Trump is scheduled Wednesday to host students and teachers at the White House to talk about school safety. And he plans to meet Thursday with state and local officials on the issue.

“Mr. President, America needs real leadership. We need to take common sense steps NOW to protect our kids. From one father to another, let’s protect them,” he tweeted over the weekend.

Mr. President, America needs real leadership. We need to take common sense steps NOW to protect our kids. From one father to another, let’s protect them. pic.twitter.com/PHHtCW4CMD

Kasich says he remains a strong Second Amendment supporter but is calling for changes – perhaps at a state or local level – such as improving background checks and increasing attention on the connection between mental illness and gun violence. (A pro-gun section on his political website reportedly was scrubbed amid his new calls for changes to the law.)

While Kasich’s view is unlikely to shape presidential policy, other factors are at play. Al Hoffman Jr., a prominent Republican political donor, reportedly has vowed to withhold contributions from candidates who don’t support a ban on the sale of assault weapons. And he suggested he would rally other GOP donors to follow his lead.

Such an ultimatum would be an unexpected turn in the Washington debate over guns laws, and it’s unclear how much support Hoffman might get from fellow donors.

A major argument from Second Amendment advocates is that tougher laws won’t keep guns away from potential mass killers and others committing or trying to commit crimes.

Another reason why gun legislation in difficult to pass in Congress is that Republicans, particularly from rural or other conservative districts, could face tough primary challenges if they vote for stricter laws.

As for Cornyn’s plan, Hudson said he’s yet to see the text of the legislation but encouraged senators to consider his Concealed Carry Reciprocity Act of 2017.

Hudson submitted his measure after 25 people were killed in November 2017 at a Texas church by a former Air Force member.

The Air Force later admitted it had failed to enter into a federal database that the killer had been convicted in 2004 of domestic violence, a charge that could have prevented him from buying a gun.