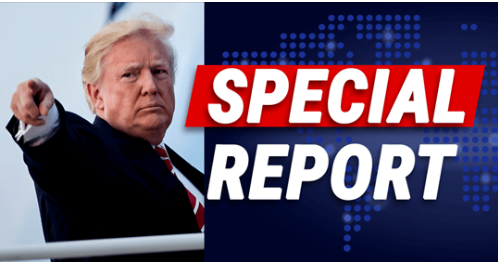 Most Republican leaders are standing with Trump as he challenges “irregularities” in the 2020 Election.

The party is fighting to make every legal vote counted. And call out anything that happened that was less-than-legal.

Top leaders have supported Trump, even donating to his battle. But that doesn’t mean every “conservative” is willing to stand and fight.

It appears there were a few more RINOs in the party than we realized. Because these Republicans already seem to be giving up to Sleepy Joe Biden.

Even Marco Rubio is calling the Democrat “president-elect”:

The only Republican Senators who have referred to Biden as the president-elect are Utah Sen. Mitt Romney, Alaska Sen. Lisa Murkowski, Nebraska Sen. Ben Sasse, and Maine Sen. Susan Collins.

Some of these are obviously no surprise, but c’mon Republicans, can’t you show a little unity behind your President?

Make no mistake: the only group calling Biden the winner is the mainstream media. The votes have not been certified or finalized, and Trump has not conceded.

In fact, ongoing challenges and battles might delay official results even longer than most think. The Supreme Court will also weigh in, possibly changing the game in big ways.

So, why should Republican senators be so spineless as to call Joe Biden—a man who promises to destroy our values and prosperity—“president-elect”?

Are these people, Rubio included, only pawns of the MSM? Do they believe whatever CNN or NPR says?

Considering the ongoing battles, why are they so quick to bend the knee to a man like Biden? Sleepy Joe would not show them the same respect.

Time and again Republicans have cowered before Democrats, showing them honor that the left would never do for them.

Remember, this is the same Democratic Party that impeached Trump over a phone call and turned a blind eye to rioting in the streets for months.

(Which, by the way, endangered one of Rubio’s own colleagues, Sen. Rand Paul.)

Yet Rubio seems more eager to please the crooked media and D.C. swamp than support his own president and leader.

Makes you wonder what he’s really about, huh?