Days After Georgia Starts Their Recount – They Find A Third Batch Of Votes That, Of Course, Favors Donald Trump 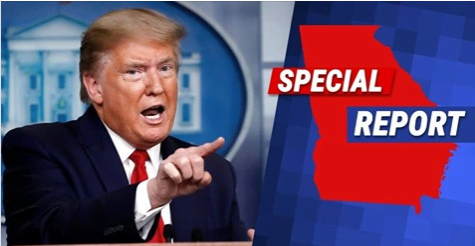 As we’ve seen in several other states, Georgia’s ballot-counting process seems to be concerning.

Like Pennsylvania and many others, Trump was winning by the end of Election Night. But when we woke up, suddenly Biden was leading as almost all the late votes broke for him.

But it was so tight, a manual hand recount in Georgia was necessary.  Yet as recount efforts are underway, mysteriously, “lost” memory cards with uncounted votes have been discovered.

That, so far, has happened not once, not twice, but three times, and who do you think they favor? From Daily Wire:

A third batch of missed votes in Georgia has been found and tabulated, narrowing Democratic nominee Joe Biden’s lead over President Donald Trump in the state…

Board of Election Chairwoman Lori Wood said the votes were missed after election officials in Between did not upload the ballots run through one of its precinct’s two voting machines.

Oh, we’re not supposed to suspect something fishy is going on—even when we keep discovering stories like these?

Three times so far have votes been discovered that were never counted. How many more memory cards were lost or forgotten about?

And, for that matter, how many votes were counted that shouldn’t have been?

Plenty of stories—and even signed affidavits—have come out that reveal election officials in various states weren’t doing their job. Much of it might be proof of wrongdoing.

After all, how can memory cards full of legal votes be misplaced? That is their one job: to count votes on Election Day.

If you don’t smell a rat, you need to get your nose checked.

Again and again, we learn of stories like this in Pennsylvania, Michigan, Wisconsin, Arizona, and Georgia. How long before all this is brought before the Supreme Court and we get an honest tally of the votes?

If we ever do get a correct count, do you think Trump will be the winner?