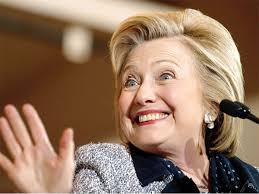 According to Congressman Jason Chaffetz, chairman of the congressional Oversight & Government Reform committee, the Federal Bureau of Investigation has reopened the investigation into Hillary Clinton’s private email server.

FBI Dir just informed me, "The FBI has learned of the existence of emails that appear to be pertinent to the investigation." Case reopened

FBI Director James Comey informed members of congress of the reopening of the investigation in a letter to congress:

The FBI’s announcement comes after Director Comey decided not to recommend indictment in July.

A great day in our campaign just got even better. FBI reviewing new emails in Clinton probe @CNNPolitics https://t.co/WBltG2lAK6

No word yet on what specifically is contained in the emails that prompted the FBI to reopen the case.