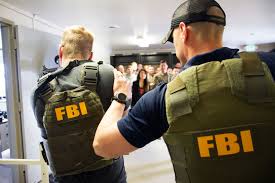 Former US president Bill Clinton and her wife, Democratic presidential nominee Hillary Clinton, are part of a “crime family,” says a former top FBI official, in the wake of the bureau’s reopening of the former first lady’s email case.

James Kallstrom, the FBI’s former assistant director, told a radio show on Sunday that the Clintons were involved in organized crime and that their family foundation was a “cesspool.”

“The Clintons, that’s a crime family, basically. It’s like organized crime. I mean the Clinton Foundation is a cesspool,” said Kallstrom, who once headed the FBI’s office in New York City.

Founded in 2001, the Clinton Foundation has come under bipartisan fire for accepting foreign donations in exchange for influence.

The former FBI official also took a jibe at Attorney General Loretta Lynch for what he referred to as impeding the federal investigation into Clinton’s email case.

Earlier this year, the Democratic nominee was cleared of all charges related to her possible mishandling of classified information, after undergoing a long-running federal investigation over her use of a private email server to exchanging thousands of emails during her tenure as secretary of state between 2009 and 2013.

At one point, days before the investigation was concluded, Lynch raised eyebrows by privately meeting with Bill Clinton.

Kallstrom said that Lynch would not have allowed a “real” investigation into the case.

“God forbid we put someone like that in the White House,” Kallstrom said of Clinton.

He then attacked FBI Director James Comey and the rest of the bureau’s leadership for “holding back the investigation.”

Comey told Congress on Friday that the FBI was reopening the investigation after finding new emails related to the case.

Clinton’s support among voters took a nosedive following the news, with Trump reducing a 12-point gap with her to one point, according to the newest ABC News/Washington Post tracking poll.