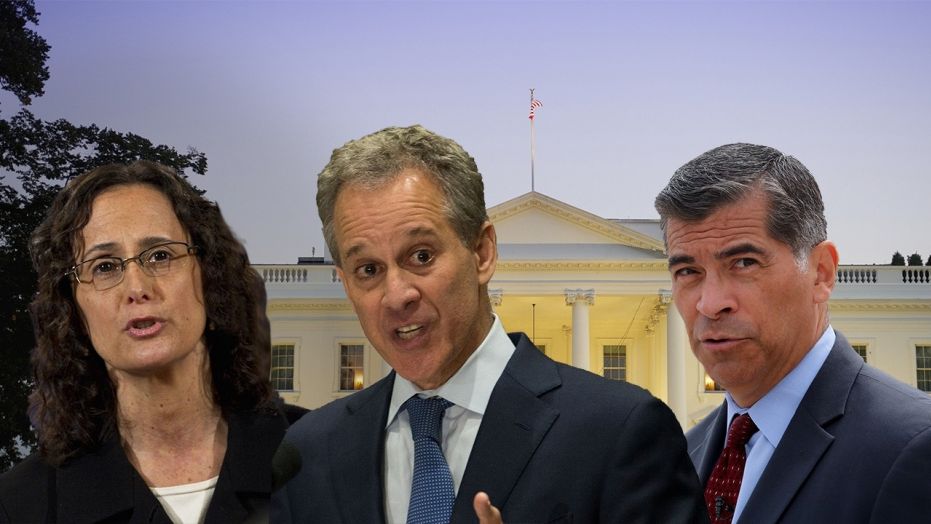 Nancy Pelosi. Chuck Schumer. The Russia probe. The “deep state.” Of all the obstacles that could potentially thwart the Trump agenda, add to that tempest the flood of lawsuits now being plotted by blue-state attorneys general who have made no secret of their disdain for the administration’s policies.

The Democratic Attorneys General Association (DAGA), a political fundraising group, touts the AGs as “the first line of defense” against Trump’s agenda.

To be sure, outspoken state prosecutors stalled many of the administration’s 2017 goals in court with a record number of lawsuits. And they’re doubling down in 2018.

The lawsuits may only be energized by the election-year environment.

Attorney general races are playing out in 32 states in 2018, with 14 seats held by Democrats and 18 by Republicans. Rankin said DAGA is focused chiefly on winning races in Arizona, Colorado, Florida, Michigan, Nevada, Ohio and Wisconsin.

‘This is not about the rule of law or holding the line to stop the feds from preempting state laws, this is about power.’

– Scott Will, executive director of the Republican Attorneys General Association

“For the first time, I believe, general voters, as well as elected officials, understand this is an office of considerable importance and not just a down-ballot race,” Rankin said.

Amid the lawsuit flurry, the association reported it increased its 2017 fundraising haul by $2.4 million from the previous year — growing its donor base from fewer than 500 in 2016 to more than 5,000 in 2017. Beyond raising money, DAGA facilitates weekly phone conferences with the nation’s 23 Democratic attorneys general to discuss lawsuits and strategies.

This is familiar territory. During the Obama administration, the GOP attorneys general routinely challenged policies on ObamaCare, immigration and the environment — but filed far fewer lawsuits per year.

‘Nullification by other means’

The past year has been a bonanza of anti-Trump lawsuits. DAGA highlighted numerous cases in a year-end report. And while Democrats scored victories at the district court level, they had mixed results on appeal.

“We would expect Democrats in Congress and Democratic governors to be part of the resistance, but we should expect more from chief law enforcement officials in their states than to seek nullification by other means of federal law,” Curt Leavy, president of the Committee for Justice, a conservative legal group, told Fox News. “Parts of the judiciary itself and many AGs see themselves as part of the resistance.”

Throughout 2017, Democratic attorneys generals filed 35 multistate lawsuits against the Trump administration, according to tracking by Paul Nolette, a political science professor at Marquette University and author of “Federalism on Trial: State Attorneys General and National Policymaking in Contemporary America.”

The “sheer volume” of Democratic lawsuits is “staggering,” said Scott Will, executive director of the Republican Attorneys General Association.