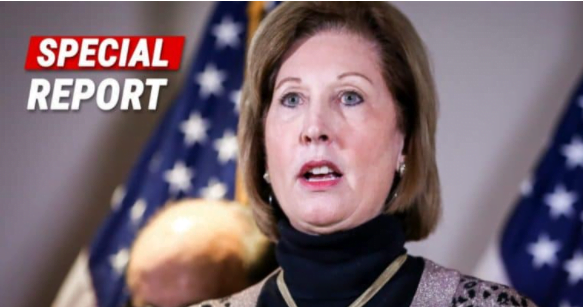 It’s not over yet, folks. You may have heard that a lot about the fight these days, but lawsuits are only heating up. And those fighting to protect the integrity of our elections have made progress in recent days.

With the Georgia Senate runoff races coming up, officials are preparing for another round of voting. But that means, shockingly, erasing voting machines so they can be used again.

Sidney Powell, who is fighting for Trump despite not being on the official legal team, has fought to stop this attempt.

And she just got a big win:

Powell filed a lawsuit last week pushing for independent forensic investigators to get access to the machines. The judge gave the state until Dec. 2 to respond to his order with any arguments against allowing the inspections.

The battle over the Georgia election results is still ongoing. It would very convenient for Democrats to mar attempts to discover any problems by erasing voting machines for the runoff.

While the battle is still going on, they’ll just have to wait to clear these machines. A judge ordered that they wait until this matter is settled.

Plenty of reports have come out that revealed troubling data from several states. Georgia, a traditionally conservative state, has become one of several ground zeroes in this alleged fraud fight.

Accusations have been flying about election officials from the Peach State have been less than honest about counting votes. And Trump’s allies are working to ensure every legal vote is counted—and illegal votes are discarded.

Trump has recently called on the state to match signatures on ballots and envelopes. Expect a lawsuit to force the issue if the governor refuses.

Powell scored a win, paving the way for her independent team to ensure nothing fishy went on in these three large counties.

But will they find anything to help Trump? There is only one way to find out, of course.

Do you think Trump will overcome and beat Biden?