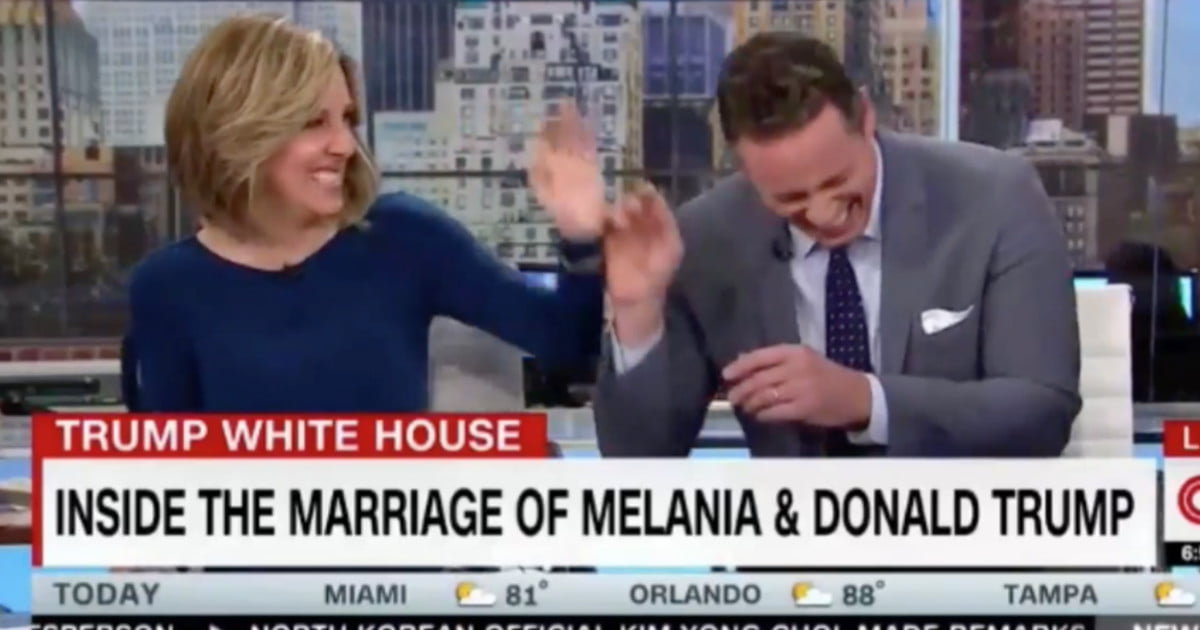 CNN’s Chris Cuomo on Monday broke down laughing when talking about the marriage of President Trump and first lady Melania Trump.

Kate Bennett, a CNN White House reporter, noted in a segment the scrutiny Melania Trump has been under since reports emerged about her her husband’s alleged extramarital affairs.

“She has been quiet. But she’s done certain things, like driving separately up to the State of the Union address and even the other day taking a separate motorcade to meet the president at the plane after another salacious headline broke,” Bennett said.

“Her office says that these are logistical and scheduling issues, but one cannot help but wonder what might be going on behind the scenes and whether she’s expressing herself and some frustration just by being quiet and marking these notes of independence,” she said.

Cuomo then broke down laughing.

“We’re looking for clues,” he said, laughing. “All I’m saying is … whatever happens with them, happens, but we don’t have to hunt for clues.”

Earlier this month, former Playboy centerfold Karen McDougal claimed that she had an affair with President Trump after he had married Melania Trump, also in 2006.

Her comments on the alleged affair came roughly a month after The Wall Street Journal reported that Michael Cohen, a personal lawyer for Trump, paid Daniels $130,000 before the 2016 presidential election to prevent her from going public with her claim that she had a sexual encounter with Trump in 2006.

Trump has denied having an affair with Daniels, whose real name is Stephanie Clifford.

Cohen earlier this month acknowledged in a statement to The New York Times that he did pay Clifford $130,000, but insisted that the payment was made with his own money.