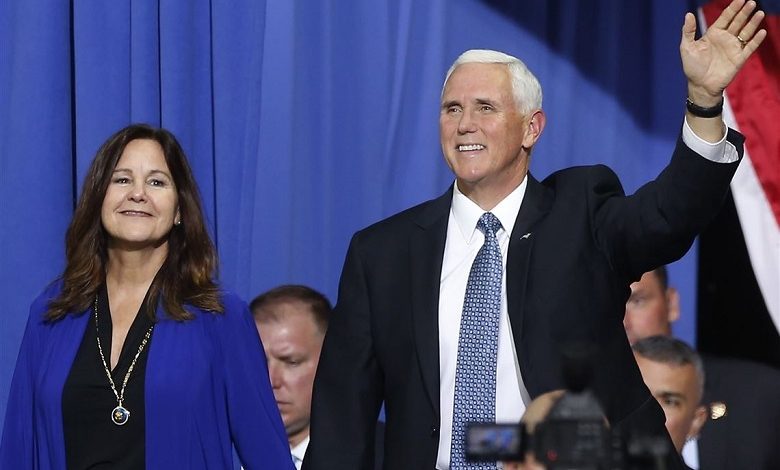 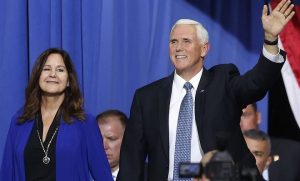 VP Mike Pence has the unique opportunity in world history where he can keep the nation and its people free or he can sentence the world to generations of slavery in a matter of minutes on January 6th.

Ron at CodeMonkeyZ tweeted this iconic article from NeonRevolt today:

Neonrevolt was all over the fraudulent Mueller investigation.  He was so effective that Jack at Twitter censored him and kicked him off his site.  But Neonrevolt did not go away.  He now has written an excellent piece regarding VP Mike Pence’s duties on January 6th. His efforts can save the country and the world or damn all of us and all future generations into slavery. Neonrevolt ends his piece on Pence’s opportunity with this:

You have a choice, Mr. Vice President. Either you will rise up with courage and become the hero who saved the Republic, or you will spend the rest of your days reviled in ignominy as your children, and your grandchildren, and their descendants end up as little more than chattel on the global plantation.

I don’t think I’m exaggerating the stakes. Go with God, Mr. Vice President. Fight for the people on that day. Strike the giants, and cut off all their heads. If you can be entrusted with this immense and Constitutional power – to safeguard the Republic on that day when our enemies would snatch it away from us – we, the people, will know beyond a shadow of a doubt that we can trust you in 2024 and beyond.

What Ron and Neonrevolt are talking about is related to Pence’s unique opportunity coming up where he can save the world.

We all know that @Mike_Pence has the complete authority to SAVE THE REPUBLIC on January 6.

If he takes decisive action as a LEADER on January 6, then VP Pence will surely be the 2024 Presidential front runner and will have HUGE SUPPORT to KAG in 2024!! pic.twitter.com/EAaGKx8brl

Click the link and watch this ENTIRE video on the FB link (13:35min long) with your family today: https://t.co/PMx4GkZqMU

In this epic piece, Alexander Macris summarizes legal arguments and notes that the President of the Senate is the only person who has the ability and authority to pick the electors from each state when there are more than one set of electors.  Macris writes:

Macris, using sources on the issue, notes that the only way Thomas Jefferson won the Presidency was when he selected Georgia’s electoral college votes in his favor.  Had he not done that, he never would have become President:

Foley, also obviously unhappy with this situation, goes on to explain:

[Thus] Republicans [can] point to the historical pedigree of this position, observing that Republicans made the same argument during the disputed election of 1876 and that at least some recent law journal scholarship has supported this position. Unembarrassed by the apparent conflict of interest caused by Mike Pence simultaneously being a candidate for reelection and arbiter of the electoral dispute, these Republicans observe that Thomas Jefferson was in essentially the same position during the disputed election of 1800 and yet the Twelfth Amendment left this provision in place when Congress rewrote the procedures for the Electoral College afterwards.

Wait, Thomas Jefferson pulled this trick? Indeed he did. The 1800 Presidential election was a contest between Jefferson, Aaron Burr, John Adams, Charles Pinckney, and John Jay. Jefferson, as the current Vice President, was the President of the Senate when it came time to count the votes. And he counted them in his own favor! Bruce Ackerman and David Fontana explain what happened in their article “Thomas Jefferson Counts Himself into the Presidency” (90 Virginia Law Review 2004, 551-643):

Thomas Jefferson was remarkably aggressive as President of the Senate. Georgia’s certificate – granting four electoral votes to Jefferson – was constitutionally defective on its face, a deficiency that was announced on the floor of Congress and reported by leading newspapers of the day. To resolve all doubts, we have located Georgia’s certificate in the National Archives, and it does indeed reveal striking constitutional irregularities…

Nevertheless, Jefferson failed to pause before counting George’s four electoral votes into the Republican column, declaring the final vote as if nothing were amiss. Had Georgia’s ballot been excluded, the vote count…would have admitted all five candidates into a runoff in the House… Without the decisive use of his power as President of the Senate, Jefferson might never have become President of the United States. (emphasis added)

Read that again: Thomas Jefferson, author of the Declaration of Independence, the man whose face adorns Mt Rushmore, among the most revered founding fathers of our country, only became President because he used his unilateral power as President of the Senate to open and count the presidential ballots in his own favor

Vice President Pence can place himself in the history books along side Thomas Jefferson by selecting electoral college votes from states with two sets of votes, by selecting votes that are beneficial to President Trump.