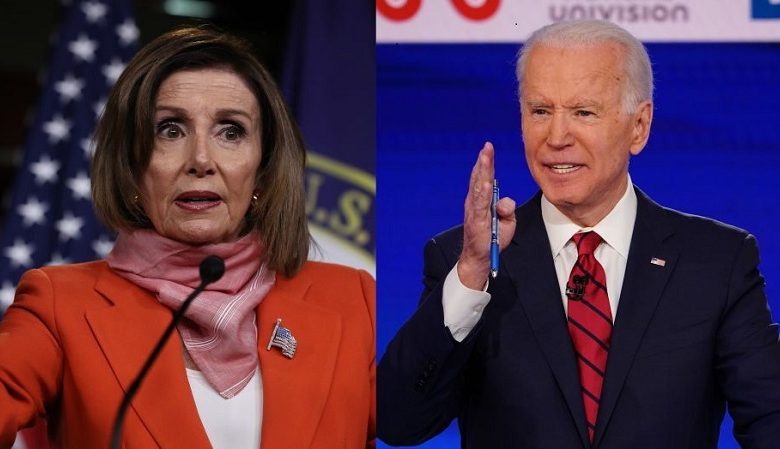 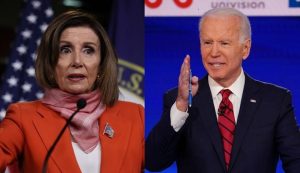 A group of House Republicans has called on President-elect Joe Biden to urge House Speaker Nancy Pelosi (D-Calif.) to discontinue her efforts to impeach President Donald Trump for the second time.

In a letter on Saturday, Rep. Ken Buck (R-Colo.), on behalf of seven House members, said that he believes a second impeachment only days before Trump is scheduled to leave office is as “unnecessary as it is inflammatory.”
“A presidential impeachment should not occur in the heat of the moment, but rather after great deliberation,” the group said in its letter.
The impeachment, they said, would undermine Biden’s efforts to unify Americans and “would be a further distraction to our nation at a time when millions of our fellow citizens are hurting because of the pandemic and the economic fallout.”

“We respectfully urge you to encourage Speaker Pelosi to set aside this partisan effort immediately,” the letter said.

The House Republicans, who sent Saturday’s letter, were the same lawmakers who said that they would not participate in efforts to challenge disputed electoral votes during the Jan. 6 joint session. The other lawmakers include Reps. Kelly Armstrong (R-N.D.), Mike Gallagher (R-Wis.), Nancy Mace (R-S.C.), Thomas Massie (R-Ky.), Tom McClintock (R-Cal.), and Chip Roy (R-Texas).

This comes after civil unrest and acts of violence marred a largely peaceful protest at the U.S. Capitol on Wednesday. A group of rioters and a minority of protesters waving American and Trump flags illegally stormed the Capitol building as lawmakers were counting electoral votes in a joint session of Congress. The mayhem on the day left five people dead, including one police officer, and dozens of officers injured.

The media, lawmakers, former officials, and other critics have put the blame on Trump for Wednesday’s incident and have been calling for his impeachment. Earlier that day, the president addressed a crowd in Washington D.C. where he reiterated his allegations about election irregularities and fraud, and his dissatisfaction with the media and several lawmakers. At 12:16 p.m., he encouraged protesters to “peacefully and patriotically make your voices heard” at the planned protest outside the Capitol.

As thousands of protesters moved their demonstration to the U.S. Capitol, small pockets of violence were reported during clashes with police and media, while the vast majority of protesters remained peaceful. At 2:15 p.m., a small subgroup began rioting, smashing windows in an attempt to enter the Capitol building as other protesters tried to stop them. Shortly after, at 2:38 p.m., Trump started posting on Twitter, urging his supporters to “Stay peaceful.” He continued his urge for peace and respect for law enforcement throughout the afternoon.

Rioters ended up breaching the Capitol building, and other protesters followed. Trump has since condemned the “heinous attack” by intruders on the Capitol, saying “the demonstrators who infiltrated the Capitol have defiled the seat of American democracy.”

Other lawmakers are also calling on Biden to end efforts to impeach Trump. Sen. Lindsey Graham (R-S.C.) said in a recent interview that Biden needs “to pick up the phone” and tell top Democrat leaders to “stand down” on impeachment.

“Pick up the phone, call Nancy Pelosi, Chuck Schumer, and the squad and tell them ‘stand down,’” Graham said during an interview on Fox News’ “Hannity.”

“This will destroy the country even further. You have the power to do that, the question is, do you have the courage to do it?” he added, addressing Biden.

A Biden transition spokesman Andrew Bates told Reuters that the president-elect and Vice President-elect Kamala Harris “are focused on their duty” and preparing to take office on Jan. 20.

They “will leave it to Vice President Pence, the Cabinet and the Congress to act as they see fit,” Bates said.

In a Twitter statement on Saturday, Biden wrote: “Our president is not above the law. Justice serves the people—it doesn’t protect the powerful.”

The House is currently considering whether to open another impeachment proceeding using the U.S. Capitol breach as justification. About 180 House lawmakers are co-sponsoring an article of impeachment for, what they claim, was “inciting an insurrection at the Capitol.” Rep. Ted Lieu (D-Calif.) said they will introduce the resolution on Monday.

Outgoing Senate Majority Leader Mitch McConnell (R-Ky.) on Friday circulated a memo, obtained by reporters, that outlines the procedure for a second impeachment.