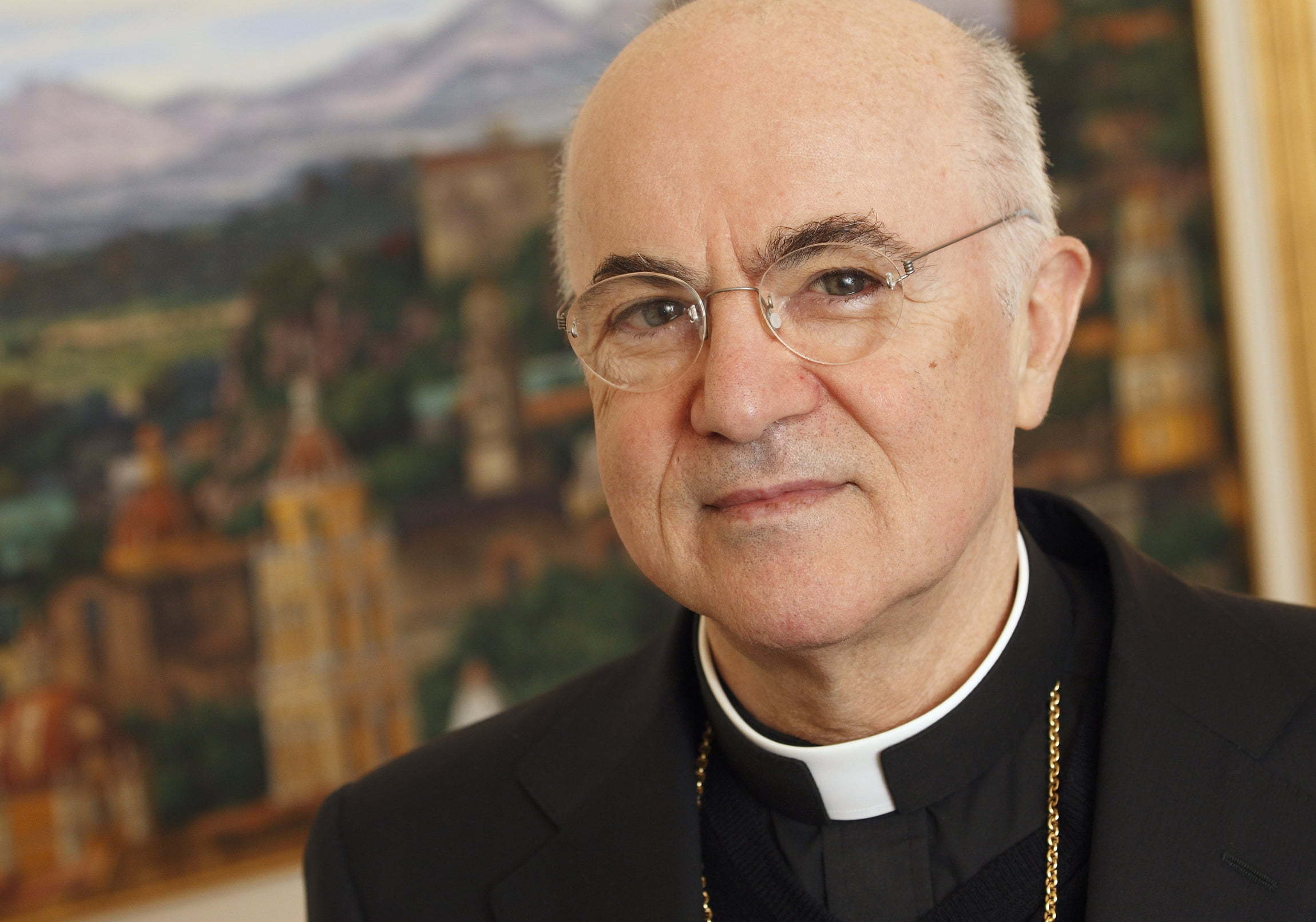 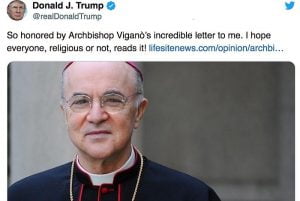 “There is a group of conspirators who have worked and still work in the heart of the Church” for the interests of the globalist elite, Archbishop Carlo Maria Vigano told “War Room.” He called this group the deep church and explained that their goal is to demolish the papacy and secure power.

“Most of them are identifiable, but the most dangerous are those who do not expose themselves, those whom the newspaper never mentions,” Vigano explained in an interview  with Steve Bannon, host of War Room.

The deep church has also cooperated with the American deep state and their contacts were facilitated in the 1990s by a former American cardinal carrying out political missions in China on behalf of the U.S. administration, said Vigano, a former Vatican ambassador to the United States.

Vigano believes that the agreement on the appointment of bishops in China between the Vatican and the Chinese regime that, in his words, “deprived Chinese Catholics of the indefectible defense that the Papacy had always been for them,” is an act of complicity of the deep church with the Chinese communist regime allied to the global deep state.

“Up until the papacy of Benedict XVI, the papacy had not made any agreements with the Beijing dictatorship, and the Roman Pontiff retained the exclusive right to appoint bishops and govern dioceses,” the Archbishop continued.

The Vatican and China entered into an unpublished agreement in 2018 which gave the Chinese regime the authority to appoint bishops and granted the Pope the right to veto its appointments, according to a 2019 report  of the U.S. Congressional-Executive Commission on China. The agreement was extended in October 2020 for another two years.

“The dictatorship of the Chinese Communist Party [CCP] is allied to the global deep state on the one hand so that together they can attain the goals that they have in common.” On the other hand, the deep state’s plans for the Great Reset are an opportunity for the CCP to increase the economic power of China in the world, beginning with the invasion of national markets, Vigano said.

“China is pursuing a domestic plan to restore the Maoist tyranny, which requires the cancellation of religions (primarily the Catholic religion), replacing them with a religion of the state which definitely has many elements in common with the universal religion desired by globalist ideology,” Vigano continued.

“We find ourselves faced with an infamous betrayal of the mission of the Church of Christ, carried out by her highest leaders in open conflict with those members of the Chinese Catholic underground hierarchy who have remained faithful to Our Lord and to His Church,” Vigano said.

Vigano praised Cardinal Joseph Zen, the bishop emeritus of Hong Kong, who advocated against the Vatican-China deal calling the cardinal “an eminent confessor of the faith.”

Before the agreement extension, Zen traveled to the Vatican with plans to meet with the Pope to update him on the situation in Hong Kong and the Catholic Church in China. However, Zen was not granted an audience with Pope Francis.

“The idea of striking accords with Beijing is insane,” Zen told Daily Compass about the Vatican-China deal. “It’s like trying to make a pact with the devil.”