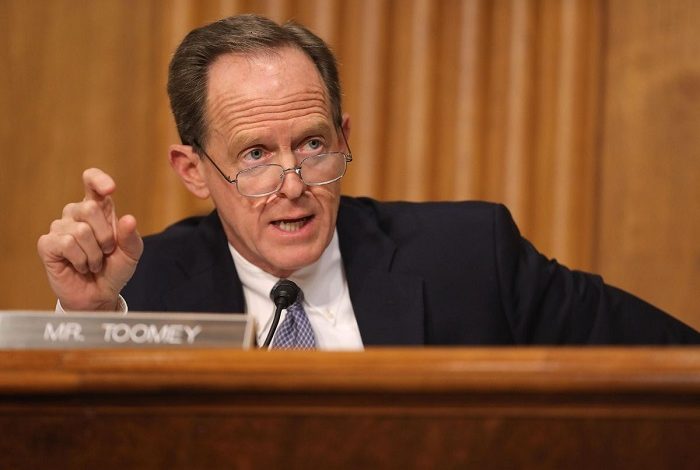 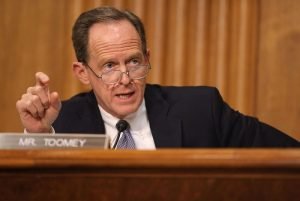 Sen. Pat Toomey is encouraging President Donald Trump to sign the coronavirus relief legislation into law, despite its many flaws.

“There are a lot of provisions I don’t like. There’s provisions the Democrats don’t like,” the Pennsylvania Republican told Fox News’ “The Daily Briefing” on Wednesday.
“This is what we were able to get to, and my suggestion would be, let’s pass this and get this signed, let’s get this into law, and we can have an ongoing discussion about where there should be additional direct payments or not.”

Trump had been expected to sign the $2.3 trillion federal government spending package, which includes $908 billion in coronavirus relief, once it was approved by the Senate on Monday night, according to Fox News.
Instead, the president called it “wasteful” and a “disgrace.”
“Congress found plenty of money for foreign countries, lobbyists and special interests while sending the bare minimum to the American people who need it. It wasn’t their fault. It was China’s fault,” Trump said.
“I am asking Congress to amend this bill and increase the ridiculously low $600 to $2,000 or $4,000 for a couple.”

Statement by Donald J. Trump, The President of the United States

He added, “I’m also asking Congress to immediately get rid of the wasteful and unnecessary items from this legislation and to send me a suitable bill or else the next administration will have to deliver a COVID relief package, and maybe that administration will be me, and we will get it done.”

Trump signaled he might not sign the legislation into law until larger stimulus payments to Americans were approved, breaking with many Republicans on the issue.