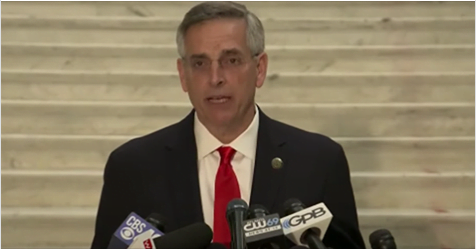 Another Georgia county has uncovered missing votes during the hand recount.

This comes after Floyd County uncovered 2,600 votes that were missed during the initial count on election night.

Per WSB Radio “during the hand recount, Fayette County uncovered 2,755 votes that were not included in the initial count. Secretary of State official Gabriel Sterling said those ballots were scanned onto a card, but those votes were never uploaded into the initial count. He says there were several backups designed to catch this issue and that it falls to the workers who didn’t follow procedure.”

Trump will gain 449 votes from the discovery.