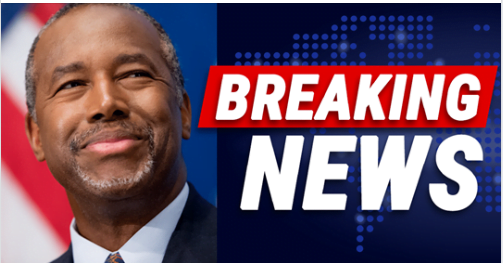 The Democrats and their allies in the media do everything in their power to misrepresent the president and his accomplishments.

They frequently criticize his achievements, refusing to even acknowledge basic facts about most issues.

Well, Ben Carson is calling them out, especially over one major policy.

Trump ended an Obama-era rule that would have destroyed suburban homes. The media called him racist.

Housing and Urban Development (HUD) Secretary Ben Carson is frustrated by what he calls false reporting about a Trump administration policy decision on housing zoning, saying media coverage relied on racial stereotypes that ignore that most minorities live in suburbs…

Ben Carson struck back at the media when they accused the Trump administration of racism for ending an Obama-era policy.

The Obama policy would have eliminated single-family homes in America, forcing communities to build dense urban-like housing in the suburbs.

Trump denounced the policy and ended it officially just recently. The media said he was trying to prevent minorities from moving out of cities and into “white” neighborhoods.

You’d think that the mainstream media would bother to find these statistics out themselves, before making just a bold claim of racism.

But appears that the media isn’t in the business of reporting facts, just spreading negative stories about Trump.

If facts get in the way of that, it seems the media is happy to ignore them.

The bottom line is the Obama policy was more government overreach aimed at destroying American communities.

Trump is making sure all Americans can live where they choose, without the government ruining that.

The Democrats call that racist. It seems their assumption that only whites live in the suburbs is the only racist thing about this story.