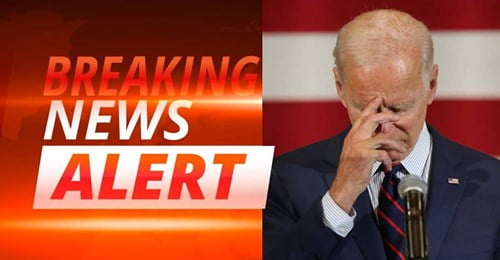 The Joe Biden administration has submitted a $1.9T relief package for approval, and Democrats are hoping it passes quickly. Most leftist politicians agree the country still requires assistance.

But Republicans and other right-wing lawmakers have a big problem with the bill: they claim it’s chock full of “liberal pork,” which only exist to serve progressive parties.

Even more concerning is the amount of money that isn’t related to pandemic relief.

The Committee for a Responsible Federal Budget released their analysis of the bill that’s supposed to provide the U.S. with necessary aid. And the results have prompted significant backlash.

While the bill does include aid for most American citizens, it also includes a variety of big-money bailouts, as well as billions that apparently have nothing to do with relief.

In the end, the report says the spending in the bill is “poorly targeted.”

The nonpartisan think tank noted that the bill contains ‘at least $312 billion of policies that have little to do with the current crisis.’

‘Among the unrelated provisions are a pension bailout; expansions of the Child Tax Credit (CTC), the Earned Income Tax Credit (EITC), and the child care tax credit; an increase in the minimum wage to $15 an hour; and Affordable Care Act (ACA) expansions,’ the Committee wrote.

Clearly, these items aren’t directly related to the ongoing epidemic.

And because of that, the Committee believes they “should be subject to normal pay-as-you-go [PAYGO] rules, which means each policy should either be fully offset with new revenue or spending reductions to cover its cost.”

Unfortunately, Democrats removed PAYGO restrictions on pandemic and climate change spending, so they could get their agenda passed “without establishing budgetary offsets.”

That’s why it seems like Biden’s team will get exactly what they want.

Even so, the results are making the rounds and more and more Americans are becoming aware of what’s really included in this bill. Here’s just a short list:

The Committee recommended that Congress save billions, simply by reducing state and local government aid from $350 billion to $100 billion.

And their conclusion was that the Democrat-led package would just “spend too much and would poorly target most of its spending relative to actual needs.”

That’s a primary issue many citizens have right now: how the Biden administration is spending taxpayer dollars.