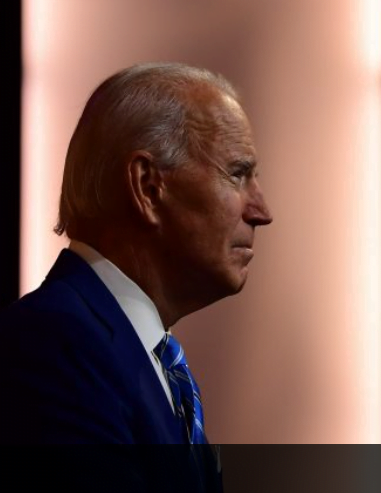 As recently as late July, WestExec Advisors touted its work helping major American universities court donations in China without jeopardizing Pentagon-funded research grants. An archived version of the WestExec site states that “U.S. research universities” were among the company’s clients and that the consultancy worked with schools to “remain a trusted partner for DoD-sponsored research grants while expanding foreign research collaboration, accepting foreign donations, and welcoming foreign students in key STEM programs.” The company deleted references to such work from its website between July 26 and August 2, weeks before Biden accepted his nomination at the Democratic National Convention in late August.

The consultancy’s work is under the microscope because Biden has tapped, or is considering tapping, several of its principals and advisers who have thus far refused to disclose their clients or elaborate on the precise nature of their work.

Biden is eyeing Blinken’s WestExec cofounder, the former Pentagon official Michèle Flournoy, as a potential secretary of defense. His nominee to be the intelligence chief, Avril Haines, and incoming press secretary Jen Psaki have also done work for the firm.

Founded in 2017, WestExec boasted of deploying its deep government connections on behalf of its clients, pledging to bring “the situation room to the board room,” and promised first-hand knowledge and government access to clients. The firm has dabbled in an array of consulting work, some of which involves U.S. adversaries such as China and Russia.

A spokeswoman for WestExec told the Washington Free Beacon that the firm “previously offered a service targeted to U.S. research universities to help them avoid inadvertently becoming involved with the Chinese government.” She said the company no longer offers the service but declined to elaborate on why that decision was made.

The firm still says on its website that it helps clients navigate “China-related risks in an era of strategic competition” and at one point strongly suggested its principals would lean on their government contacts, helping American universities seeking Chinese money “navigate these issues with the Department of Defense.”

The broad corporate portfolio also raises questions about the Biden nominees’ public comments about China at a time when they were on the payroll of U.S. businesses seeking to expand access there. Blinken, for example, slammed the Trump administration’s foreign policy in a 2017 New York Times op-ed, writing that “Trump Is Ceding Global Leadership to China.”

“While Mr. Trump is obsessed with building walls, Mr. Xi is busy building bridges,” Blinken wrote. “I’d never bet against the United States, but if the Trump-led retreat into nationalism, protectionism, unilateralism and xenophobia continues, China’s model could carry the day.”

Senate Republicans are already signaling that they intend to press Biden’s nominees on their business ties. Sen. John Cornyn (R., Texas) said the Senate is “not obligated to confirm anyone” who hides their prior clients, while Sen. Marco Rubio (R., Fla.) voiced his skepticism for nominees who previously helped U.S. businesses expand in China.

“America will not be stronger or safer if its foreign policy & national security agencies are led by people who just finished getting paid to help American companies do business with the Communist Party of #China,” Rubio tweeted on Monday.

The Biden transition team did not return a request for comment.