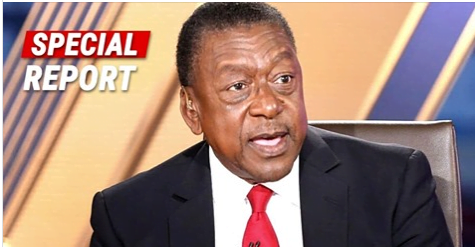 Even if President Donald Trump loses the 2020 election, America learned a few things during the course of voting. One lesson is that Trump earned more support from minorities than some anticipated.

Democrats have often pushed the notion that people of color don’t like POTUS, while the Trump administration vehemently denied any allegations of racism.

As it turns out, the polls did show plenty of support for Trump from both Hispanics and African-Americans.

Maybe that’s why BET co-founder Robert Johnson says a Trump re-election would actually benefit black Americans. This is in stark contrast to the standard Democrat message.

That didn’t stop Johnson, however — he went on CNBC and railed against previous Democratic leadership.

He also said he wasn’t at all “fearful” about a Trump re-election.

I’m not fearful that a Trump reelection is gonna be an assault on the political, cultural, social rights of black Americans.

It didn’t show up in the past four years in terms of economic opportunity, and so, [to me], I don’t see what the black community has gotten over the past eight years of Democratic leadership.

Johnson added that Democrat notions such as reparations will never happen, even under Joe Biden.

He further noted that black Americans typically vote Democrat, and have done so for decades. But it hasn’t yielded much in the way of advancement for his people.

In fact, he says blacks have received a “minimal return” on their investment thus far. On top of which, Biden just wasn’t a top-tier candidate in his eyes:

I think black Americans are getting a little bit tired of delivering huge votes for the Democrats and seeing minimal return in terms of economic wealth, closing the wealth gap, job creation, job opportunities.

And Joe Biden was not an inspiring candidate for many black Americans. And some of them stayed home, some of them voted for Trump.

Johnson went to bat for Trump several times during the course of the interview.

He cited the lowest unemployment rate for African Americans under Trump (“almost since they’ve been keeping statistics on it”), and more investments in black businesses and communities.

It’s also important to remember that Johnson has criticized Democrats many times before.

He isn’t the only influential voice to call out Democrats for failing to deliver on their promises to minorities, either. Nor is he the only voice to support Trump in his efforts.

That being said, how will African Americans respond to a Biden presidency? Will they be more supportive than they were of Trump? Some people don’t believe so.