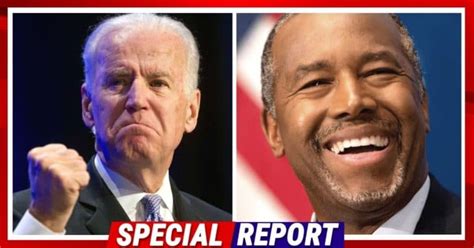 This time around, he’s boldly pointing out Biden’s major failures over a big issue. And he’s offering practical advice to fix it.

Former HUD secretary Dr. Ben Carson says America has to speak up on the homeless crisis.

As for our nation’s homeless, Carson is advocating first to put a roof over their heads. After that, we need to address the reason for their homeless, which often involves rehabilitation and jobs.

ALIVE AFTER THE FALL II

It’s A Lot Of True , That We Never Heard About!!

Get This Book HERE Or Click On The Image Bellow

But Biden is already off to a bad start on that front. His spending plans will see taxes rise, which will result in a loss of jobs and wages for millions.

Biden doesn’t seem all that concerned with putting struggling Americans first. And he doesn’t appear willing to deal with the issues that are driving migrants to our border.

Instead, Biden is slapping a very expensive (and useless) bandage on the situation.

And at the same time, he’s ignoring the other one entirely.

Do you agree with Carson’s recommendations for dealing with these crises?