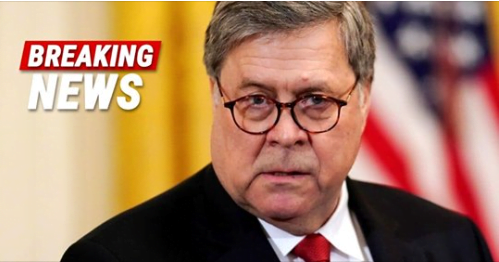 Republicans and the Trump campaign are closely watching states that appear to be taking a long time finishing the vote count.

Many have worried that the process is being obscured by the campaign. Some even have claimed the fix is in.

Some were outraged as election officials kicked poll watchers out of their rooms—or even boarded-up windows.

So, Attorney General Barr is taking action to make sure all legal votes are counted:

Three people who described the message told the Times that the 1:30 a.m. email from Richard Donoghue said the law that bans armed federal authorities from being at the polls on Election Day does not apply to polling stations and locations that are counting ballots after that day.

This suggests that Barr just might be sending a Feds to cities that have been raising questions over the week.

Liberals were quick to accuse the DOJ of trying to “interfere” with the voting count. But if there were no problems with how things are being handled in key states, why the protest?

If the DOJ wants to send officials to quell rumors of potential fraud, what’s the problem… as long as there’s no fraud, right?

Americans did their job and went to the polls. They deserve a timely and honest ballot-counting process.

Most states appear to be up to that challenge, except for a few with Democrat officials.