After Trump Accuses Georgia Officials On Their Recount – The State Gives In, Says They’ll Begin Another Recount 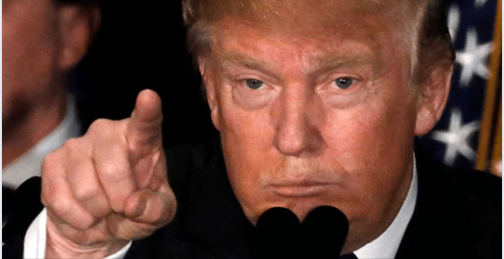 Even though states like Michigan and Pennsylvania have officially certified their election results this week, the fight still isn’t over.

At least, that’s what President Donald Trump says as he continues to push for investigations and recounts in critical battleground states.

And he just got what he wanted in one such state: Georgia.

After Trump’s campaign alleged “false results” in the state’s voting process, he pushed for another look at the ballots.

Now, during a press conference, the Georgia secretary of state’s office announced they would embark on a third recount.

The state did recently discover a couple of errors in the last week (via The Daily Wire):

Each card contained thousands of votes and made up some of the difference between Trump and Biden.

Currently, the gap between Trump and Biden stands at about 12,000 votes in Georgia. A recount may not erase that gap.

However, the Trump campaign is legally allowed to request a recount (the first was initiated by the state).

And this time around, Trump’s team is asking for something else: they want election officials to audit all signatures on mailed ballot envelopes, to confirm the identities of each voter.

This has been a common refrain from the Trump campaign from the beginning—they’ve always had ID concerns with the mail-in voting process.

And in an official statement, the President’s campaign said:

The Trump campaign filed a petition for recount in Georgia.

We are focused on ensuring that every aspect of Georgia State Law and the U.S. Constitution are followed so that every legal vote is counted.

The campaign added that Trump continues to “insist on an honest recount in Georgia,” and that does include signature matching safeguards.

We’ll have to wait and see if this latest attempt yields more significant results for the President’s efforts.