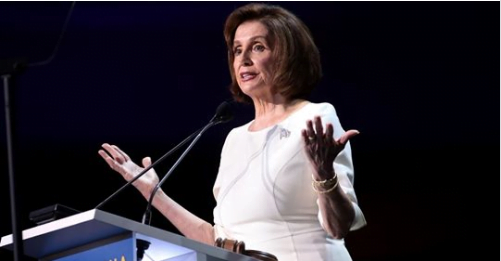 House Democrats canceled an in-person dinner for newly elected members of their caucus Friday evening after coming under fire over what many Americans saw a blatant instance of coronavirus-related hypocrisy.

“Members-elect are now picking up their boxed meals and departing the Capitol,” tweeted Drew Hammill, deputy chief of staff to House Speaker Nancy Pelosi. “There is no group dinner. Members-elect are in DC already for orientation.”

“It’s very spaced,” Pelosi told Caldwell, additionally citing the room’s ventilation and the fact that the Capitol physician had signed off on the dinner.

.@SpeakerPelosi told me it’s safe. “It’s very spaced,” she said and there is enhanced ventilation and the Capitol physician signed off. pic.twitter.com/ZXjf72lnrP

This still rubbed plenty of people the wrong way. After all, as USA Today reported, many Americans around the country have been forced to cancel their Thanksgiving plans in response to concerns over the coronavirus and restrictions imposed by state and local governments.

The Centers for Disease Control and Prevention, meanwhile, say that “the safest way to celebrate Thanksgiving this year is to celebrate with people in your household.”

The CDC encourages Americans to “consider other Thanksgiving activities,” like “host[ing] a virtual Thanksgiving meal with friends and family who don’t live with you.”

Pelosi herself referred to the COVID-19 threat as a “red alert” and an “emergency of the highest magnitude” during a news conference Friday morning, Business Insider reported.

Prior to House Democrats canceling their group dinner, many on social media pointed out what they saw as hypocrisy.

we shouldn't see our families for thanksgiving but this is ok because nancy pelosi said so https://t.co/2JZms4r9yx