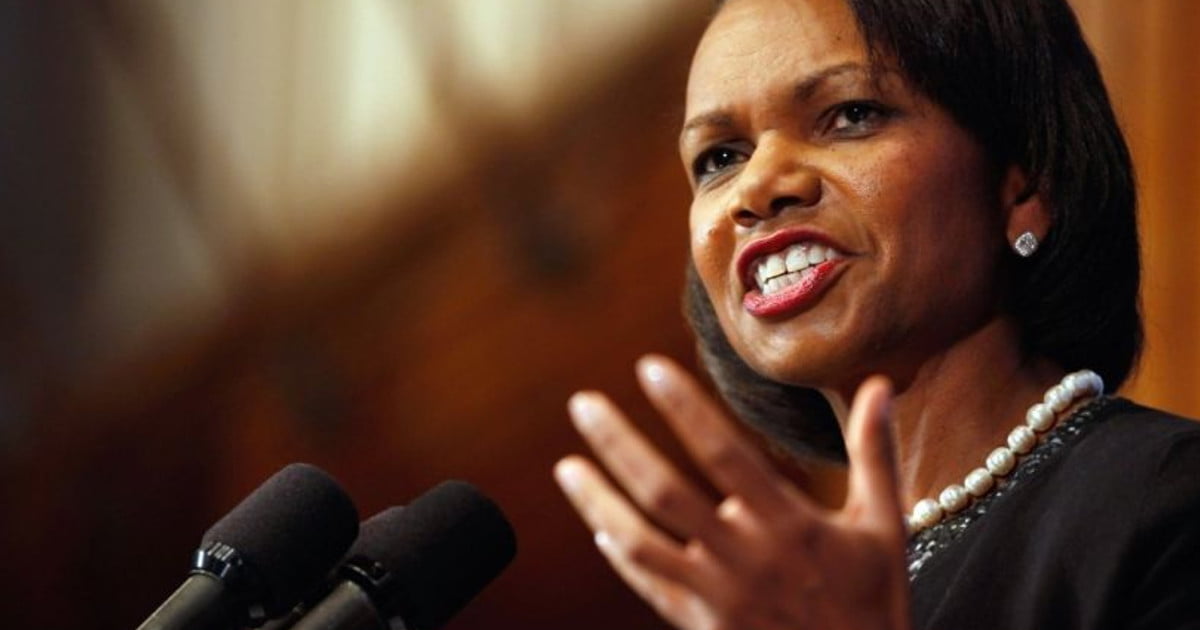 This month’s massacre in Parkland, Fla., seems like a key moment in the nation’s ongoing debate about the Second Amendment, former U.S. Secretary of State Condoleezza Rice said during a radio interview Friday.

“I think it is time to have a conversation about what the right to bear arms means in the modern world,” Rice told radio host Hugh Hewitt on Friday. “I don’t understand why civilians need to have access to military weapons. We wouldn’t say you can go out and buy a tank.”

But Rice, who served under President George W. Bush, made clear that she remains a believer in the Second Amendment.

“We can’t throw away the Second Amendment and keep the First,” she said, adding that she considers the first two amendments to the Constitution to be “indivisible.”

“We can’t throw away the Second Amendment and keep the First.”

Hewitt then asked if Rice — being an educator herself as a political science professor at Stanford University — supports the idea of teachers carrying guns as a deterrent to potential campus shootings.

Rice said she doesn’t think that is “going to be the answer,” the Washington Times reported.

“I don’t really like the idea, frankly, of a gun in my classroom,” she said.

Rather, she supports looking to law enforcement and guards as ways for protection.

Rice, 63, was exposed to senseless violence at an early age, having grown up in Birmingham, Ala., where the bombing of the 16th Street Baptist Church in 1963 resulted in the deaths of four young girls. She has written and spoken frequently about the impression the horrific event made on her.

She told Hewitt that despite her reservations about weapons in the classroom, the proposal merited a serious discussion.

“Look, if people need to train people to protect our schools, and perhaps even communities want to consider whether or not they need guards to protect the schools, it’s a sad thing to think that we might, then that’s something that we should look at,” Rice said.

She told Hewitt that talking across “our differences is extremely important” and that communities have to “pull together.”

“We have to start listening to each other, first and foremost,” Rice said of the people from all sides of the debate on gun control.