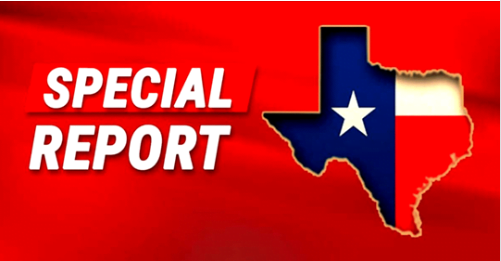 Trump’s Department of Justice is hard at work this week and it appears their efforts to protect America are paying off in a major way.

Texas billionaire Robert Brockman is hitting headlines today and his name might sound familiar to you. Just last year, he announced to the graduating class of the historically black Morehouse college that all $40 million of their combined student loan debt would be wiped clean.

Amazing – sounds like a nice guy right? Well he had more to him than meets the eye. The DOJ just showed up at his doorstep Thursday and they are not happy.

AP News: Federal prosecutors charged Texas billionaire Robert Brockman on Thursday with a $2 billion tax fraud scheme in what they say is the largest such case against an American.

They say go big or go home, and I guess he really took that to heart hiding over $2 billion dollars in income from the IRS. They are charging him with a 39 count indictment! Good luck digging your way out of this one.

I’ll tell you what, if there was ever a group of government that I’d never want to make angry, its got to be the IRS. Some people must think they are above the law, but Trump’s DOJ had other plans for him and now its all coming to light.

AP News: Brockman, 79, hid capital gains income over 20 years through a web of offshore entities in Bermuda and Nevis and secret bank accounts in Bermuda and Switzerland.

It’s not fair that working class citizens are required to pay all of their taxes year after year but we have billionaires like Brockman skirting the law sending money overseas and not paying their fair share.

Thanks to President Trump, we are moving closer and closer to a fair tax system in the United States. He is lowering many taxes to ease the burden on those who need it most, but its necessary that you do still pay your fair share.

If we continue to raise taxes like the Democrats want to do, I think we will continue to see more and more behavior like we see here.