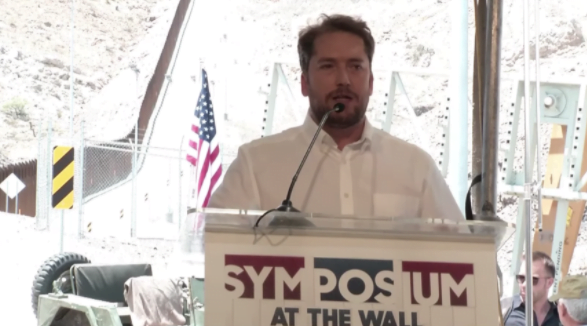 Beattie, who identifies on Twitter as a “proud Jew,” attended a conference of the H.L. Mencken Club in 2016. According to the Southern Poverty Law Center, the conference “has hosted some of America’s most prominent white nationalist ideologues in the past, and serves as a safe space for professors to vent their racist views.”

Beattie appeared at the conference on a panel with Peter Brimelow, a white nationalist who runs the anti-immigrant website VDare. He worked as a White House speechwriter until shortly before CNN revealed his participation in the conference in 2018. Beattie has written multiple essays defending Trump’s travel ban on several Muslim-majority countries.

On Wednesday, Trump announced that he was appointing Beattie to the Commission for the Preservation of America’s Heritage Abroad. The commission identifies and works to secure the preservation of historical sites in Europe, such as cemeteries, monuments and Holocaust killing sites, that are associated with the heritage of U.S. citizens. It was established out of concern that European governments might neglect Jewish sites due to the legacies of the Holocaust and communist repression.

The Anti-Defamation League called on Trump to rescind Beattie’s appointment to the commission, which CEO Jonathan Greenblatt called “downright shocking.”

“There is no place in any presidential administration or government commission for an individual who would attend and participate in such well-known racist events,” Greenblatt said in a statement. “It is absolutely outrageous that someone who has consorted with racists would even be considered for a position on a commission devoted to preserving Holocaust memorials in Europe.”

Beattie tweeted in response that “Greenblatt is a scam artist and no one serious respects his joke organization ADL.”

In an interview on a podcast in 2019, Beattie defended his appearance at the conference at length and, when asked whether he would make the same choice knowing what he knows now, said, “I would absolutely do it.”

“I genuinely don’t think I did anything wrong,” Beattie said in the interview with Jamie Weinstein, a political commentator. “If I knew that I would be in the broader physical proximity of someone who has controversial views, I don’t know if I would care that much.”

He added that as a former political science professor at Duke, he had attended conferences with people who identified as Marxist.

Beattie also repeatedly declined to condemn the alt-right as anti-Semitic or illegitimate, though he said that the ideology of Richard Spencer, the alt-right’s most prominent ideologue, is “not my cup of tea.” He also said that he does not support the creation of a white ethno-state, which Spencer advocates.

“I don’t even know if the alt-right now is a thing anymore,” he said. Later, when asked again if he believes the far-right movement is illegitimate, Beattie said, “You say, are they legitimate or not, but by focusing the discussion on it, it’s legitimizing. So it’s not something, I think, that is worth a lot of discussion or attention.”