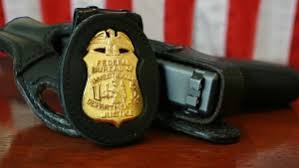 Running more than an hour behind schedule, an ebullient Trump was able to see the news before he took the stage and rework his stump speech on the fly to begin with an extended response — which plays into Trump’s contention that Clinton has committed crimes and was wrongly exonerated — and returned to it throughout his remarks.

Returning to the city where he rang in the primary victory that proved his campaign was more than a mirage, Trump told his supporters, “I need to open with a very critical breaking news announcement,” prompting roars from a crowd that had already caught wind of FBI Director James Comey’s letter to lawmakers. “The FBI,” continued Trump, prompting more roars and some high-fives among his supporters, “has just sent a letter to Congress informing them that they have discovered new emails pertaining to former Secretary of State Hillary Clinton’s investigation, and they are reopening the case into her criminal and illegal conduct that threatens the security of the United States of America.”

“Hillary Clinton’s corruption is on a scale we have never seen before. We must not let her take her criminal scheme into the Oval Office,” he said. “I have great respect for the fact that the FBI and the DOJ are now willing to have the courage to right the horrible mistake that they made. This was a grave miscarriage of justice that the American people fully understand. It is everybody’s hope that it is about to be corrected.”

“The rest of my speech is going to be so boring. Should I even make the speech?” asked Trump, who went on to return to the news again and again during his speech, which he originally planned to use as an assault on Obamacare.

Despite waiting more than an hour past the rally’s scheduled start time for Trump to take the stage, the crowd in the hall in Manchester burst with enthusiasm following the news, interrupting the candidate more than once to chant his name.

“Job-killing Obamacare is just one more way the system is rigged,” said Trump, before reconsidering. “It might not be as rigged as I thought. Right? The FBI, I think they’re going to right the ship, and they can save their great reputation by doing so.”

Then, Trump said, “The news this morning, this is bigger than Watergate.”