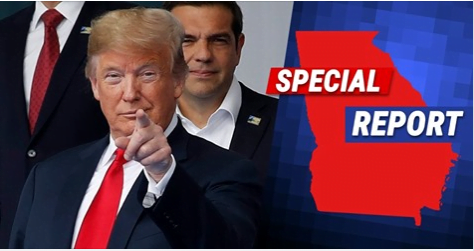 Trump’s legal team continues to battle for a fair and honest election. But in several key states, power-hungry leaders are forcing their agenda.

To the shock of many, conservative Georgia is bowing to a small group of seemingly corrupt officials. The secretary of state refused to match signatures with ballots—a massive problem that could lead to fraud.

So, Trump is going over the secretary of state’s head and is calling on the governor to actually do his job:

“Why won’t Governor @BrianKempGA, the hapless Governor of Georgia, use his emergency powers, which can be easily done, to overrule his obstinate Secretary of State, and do a match of signatures on envelopes,” Trump tweeted Monday. “It will be a ‘goldmine’ of fraud, and we will easily WIN the state.”

Trump is demanding that Georgia’s governor use his emergency powers to demand a match of signatures with ballots.

The secretary of state claimed that was “impossible,” a seeming cop-out. There is plenty of reason to believe that not all the ballots counted are legitimate.

And a matching of envelopes with ballots might uncover many ballots that were not cast fairly.

From state to state there have been accusations of a breakdown of basic steps necessary to secure the integrity of this election. From poll workers to election officials to secretaries of states, leaders (mostly Democrats) may have ignored laws and rules to let questionable votes be counted.

Trump says all he wants is for all legal votes to be counted. Anything less than that should be rejected.

Trump is taking his case to numerous state legislatures this week. These are the people who have the power to choose electors for a candidate. If Trump can win them over, they have a legitimate cause to give him the victory.

Trump is also taking his case to the Supreme Court, who can rule to reject ballots that came in late or don’t have verifying signatures, IDs.

Trump’s legal team vows they have the evidence to prove major irregularities—and that it will be revealed in court.

Do you think Trump should keep fighting?