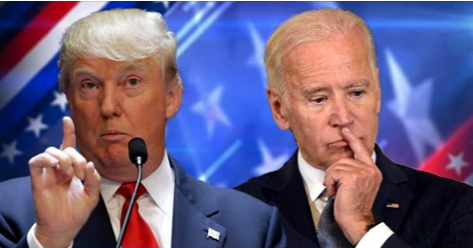 Despite the ongoing campaign by the media to silence conservatives, Trump is not done fighting. In fact, it looks like things are getting closer to a resolution by the day.

Trump’s legal team has appeared at hearings before state legislatures. And their cases are moving through the courts.

It looks like they are making a compelling case that will expose some serious wrongdoing. And now, some more progress have been revealed:

A quarter of the take goes to the Republican National Committee…

Most of the money came in during the initial week after Election Day. But the appeals have persisted – a sign that the president’s bid to contest the results continues to be a cash cow.

Trump has raised $170 million since Election Day. Now, some of it seems to be going to his own personal expenses and helping out the RNC after the big 2020 battle, but some will be going towards bringing cases before the courts and hold hearings and challenges in swing states.

You can almost taste the bitterness as liberals report this information. They’re so frustrated, they make a big deal out of the fact that not every dollar is going to the defense fund. Unfortunately for them, politics it more complicated than that.

Trump has put a lot on the line for the American people. He took a big his in his net worth just to Make America Great.

That he put aside his billion-dollar businesses, suffered years of abuse, and put his entire family under the limelight, just to raise a few million dollars.

Yes, and he spent the entire year of 2020 battling COVID and campaigning, just to get cash for himself.

No, that’s far from the truth. And the fact that he raised this much in just a few days seems to show just how outraged Americans are.

They want a fair and open election—with honest election results. But all we’ve seen from the media has been obstruction, censorship, and perhaps outright lies.

Democrats in the media want to rush this election to get Sleepy Joe into office. They don’t seem to care that actual abuse might have occurred, or that problems persist in numerous states.

But Americans do. That’s why they have opened their wallets to defend Trump and fight back.

And the results speak for themselves. With this kind of funding, the Trump campaign can continue to push back, file lawsuits, and demand action.

Do you think Trump should keep fighting?