Trump: You Built That with ‘American Heart, American Hands, and American Grit’ 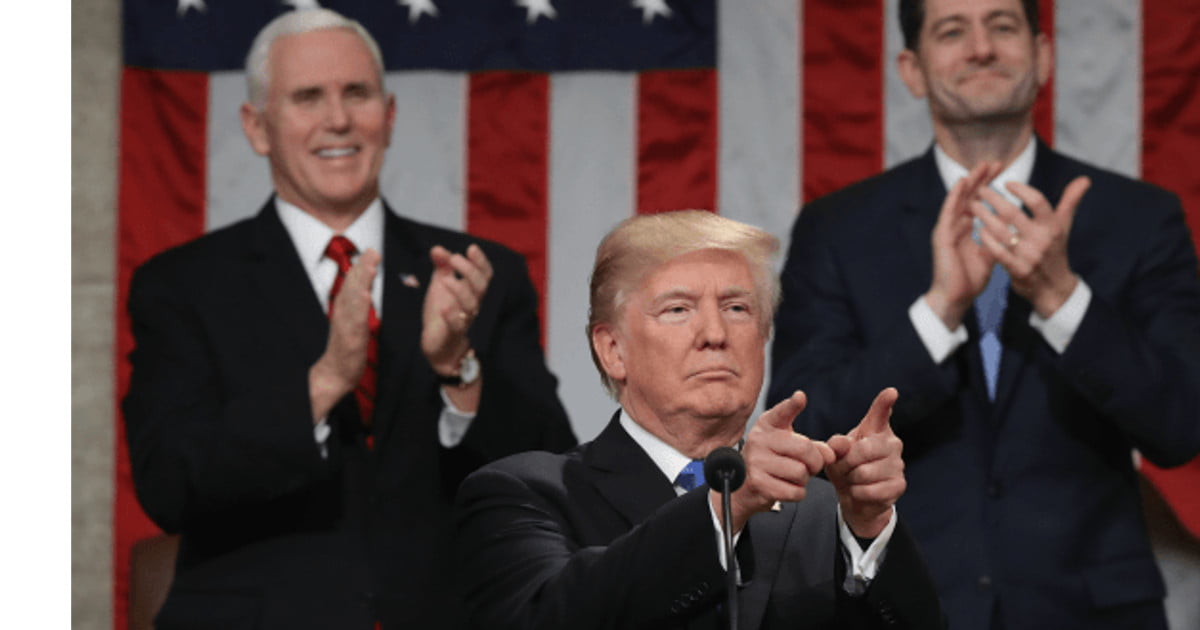 President Donald Trump credited the American spirit and work ethic for building the nation’s infrastructure in his State of the Union speech on Tuesday and called on Congress to craft legislation to modernize it.

“As we rebuild our industries, it is also time to rebuild our crumbling infrastructure,” Trump said. “America is a nation of builders.”

“We built the Empire State Building in just one year,” Trump said. “Isn’t it a disgrace that it can now take ten years just to get a minor permit approved for the building of a simple road?”

“I am asking both parties to come together to give us safe, fast, reliable, and modern infrastructure that our economy needs and our people deserve,” Trump said. “Tonight, I’m calling on Congress to produce a bill that generates at least $1.5 trillion for the new infrastructure investment that our country so desperately needs.”

“Every federal dollar should be leveraged by partnering with state and local governments and, where appropriate, tapping into private sector investment to permanently fix the infrastructure deficit,” Trump said.

“And we can do it,” Trump said. “Any bill must also streamline the permitting and approval process, getting it down to no more than two years, and perhaps even one.”

“Together, we can reclaim our great building heritage,” Trump said. “We will build gleaming new roads, bridges, highways, railways, and waterways all across our land.”