The Red Wave Isn’t Over Yet, Folks – Out Of 8 House Races Left, Republicans Are Leading In All Of Them 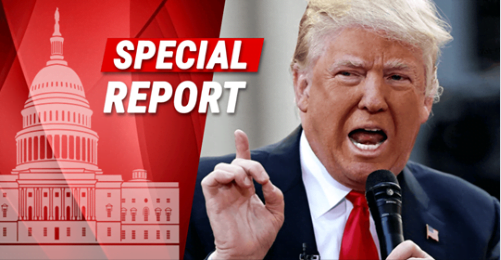 So much for the Blue Wave. Democrats looked at the polls showing their big leads and got nervous that they could see a repeat of 2016. And it turns out they were right to be nervous.

And then they started flipping blue seats red.

Now, somehow, we are weeks past the end of the 2020 election and we are still waiting for final result in some races. And Republicans are getting some very good new in all of those races. From The Daily Wire:

The results from eight U.S. House races have still not been finalized in the 2020 elections nearly four weeks after election day. The Republican candidates in all eight races currently are leading their Democrat opponents.

These races are led by the following Republicans: Valadao and Garcia in California, Miller-Meeks in Iowa, and Zeldin, Garbarino, Malliotakis, Tenney, and Katko in California.

UPDATE: Valadao has been projected as the Republican winner in California, so now there are only 7 races that have not been officially called.

What does this mean? Well, first of all, when Trump supporters said they weren’t going to believe the polls, it turns out they were probably right.

Of course, pollsters are coming around and trying to defend themselves. They’re saying they were right about Biden (even though that race hasn’t been finalized).

But more importantly, it’s clear this election was not a referendum against Republicans. They almost took back the House when they said there was basically no chance. They are probably going to hold the Senate even though there was a 75% chance they would lose it.

But Biden is saying he’s been given a mandate to push through all his policies. He’s even admitted he plans to get a lot of his progressive priorities done.

But if anyone with a brain looks closer, it’s pretty clear that Americans voted for divided government—they’re not enthusiastic about socialist policies.

And with record turnout on both sides, a majority of Biden voters admitted they did not go out to vote for Joe—they came out to vote against Trump.

Of course, most people who came out to vote for Trump really were voting for a second term for Trump.

So it was really President Trump who skyrocketed turnout in the 2020 election, and we are still waiting to see what the final result is.

But what is clear? There was a Red Wave, and now Republicans are set to make gains in the House and Senate in 2022.

Do you think there was a Blue Wave or a Red Wave?