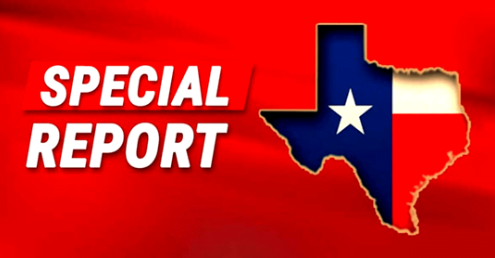 Since November 2020, we’ve heard all about possible problems with the election. Well, not if you only listen to the MSM, of course.

It appears the establishment out of D.C. doesn’t want anyone to even question the integrity of the election. Anyone who raises suspicions, or points out irregularities, is branded a “conspiracy theorist.”

They would want you to believe that there are never any attempts by anyone to coerce or alter the outcome of the election.

Really? Then how do they explain stories like this? Because four people just got busted for doing what “never” happens.

An area Justice of the Peace has been arrested and accused of election fraud, along with three other people.

Medina County, Texas Justice of the Peace Tomas Ramirez was arrested Feb. 11 after a Bandera Grand Jury indicted him and three others two days prior.

Four people, including a Justice of the Peace, have been arrested and accused of election fraud, in Texas.

The various charges including everything from unlawful possession of a ballot to “organized election fraud.”

It appears these folks mainly focused on exploiting mail-in ballots to alter the outcome of local elections. Hmm… weren’t we warned that mail-in ballots were easily misused by dishonest people?

I seem to recall someone warning us about all that. I guess we’ll never know?

All the charges came from an Attorney General investigation, which tells us that the state of Texas takes this kind of thing very seriously.

Coincidentally, the state had very few problems certifying their presidential results, unlike states like Georgia or Pennsylvania.

Isn’t amazing when leaders actually do their job protecting our elections?

These four people could face serious consequences for their actions. And it’s further proof that what some have tried to deny does happen, all the time.

I wonder if other states would find similar cases if they bothered to investigate?