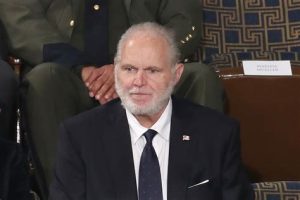 Now that Democrats will control the White House, Senate, and House, many Americans are trying to remain optimistic about the 2022 elections.

But according to conservative radio host Rush Limbaugh, people need to “wake the hell up” and realize things may not get better for a long time.

In a segment on his show, Limbaugh responded to a caller who asked how conservatives go forward politically.

Limbaugh began with an anecdote regarding his friend Vince Flynn, the thriller novelist, who would always exhort people to “keep the faith.” 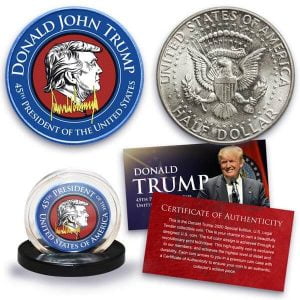 “He just believed in keeping the faith,” Limbaugh said.

This might not be the time to just keep the faith, however.

“Now, I hear a lot of people talking about — and I’ve got a problem with this — a lot of people talking about the upcoming midterms in 2022. I’m hearing people on our side, the traditional political junkies, ‘Well, let the Democrats do whatever they’re gonna do, ’cause they’re gonna be swamped, baby, we’re gonna wipe ’em out in the midterms. We’re gonna win the House back, we’re gonna win the Senate back, man, it’s gonna be beautiful,’” Limbaugh said.

“I said, ‘Wait a minute, do you people not get what’s going on here? The days of traditional American politics … the Democrats are setting it up so they’re never gonna lose elections again. What do you mean we’re gonna win it all back in 2022? Who in their right mind thinks that that’s in the cards?’” Limbaugh asked.

Rush had to deliver a tough pill to swallow: many Americans actually voted for Biden because they believed the things he said and the ideas he mentioned.

“How the hell did they win? ‘They didn’t run, Rush, they cheated.’ Folks, you’re making a big mistake if you think that all of this success that they’re enjoying is simply due to cheating. There are gazillions of Americans who’ve bought into this. There are lots of Americans who have gone over to the dark side,” he said.

“This is not simply because the Democrats fraudulently stole an election. Even if they did, [Biden] still got enough votes to enable them to go over the line by cheating. We have a serious problem here. But the idea that the American people didn’t know what they were doing and in two years are gonna be running to the ballot box to reverse their decision because they had no idea they were electing a bunch of communists, what do you think just happened in Georgia?” Rush added.

Limbaugh noted that “Georgia has been overrun by people leaving the Northeast,” repeating an apocryphal story that Democrats wanted people to move to Georgia to sway the election.