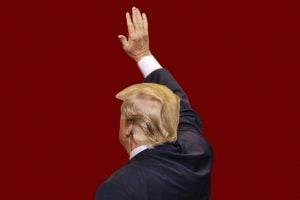 Do you think 2020 was a massive win for the left? Turn off the MSM and look at some eye-opening information.

As more details come in from the results of November 3, we see that Democrats lost, big time. Republicans won every single “toss-up” race for the House, 27 in all.

Republicans did not lose a single seat in the House and added to their numbers. Meanwhile, Democrats lost “safe” seats.

Conservative outperformed every poll and prediction. But perhaps the biggest win will be felt for many years to come.

And it’s not being widely reported:

Both parties went into the election with a chance to draw more congressional districts than the other, but the end result was just about the best-case scenario for Republicans. As the map below shows, Republicans are set to control the redistricting of 188 congressional seats — or 43 percent of the entire House of Representatives. By contrast, Democrats will control the redistricting of, at most, 73 seats, or 17 percent.

State Republicans will decide 188 congressional seats. They will draw the districts on the map, giving weight to which candidates voters can actually vote for.

This means conservative leaders across the country could have a significant leg up in the House over the coming years. That means notable Democrats currently sitting in the House could even lose their districts entirely.

They will be forced to run in new districts, against strong Republican candidates.

That means by 2022, the House may look very different.

FiveThirtyEight is forced to admit this:

Regardless of the outcome in New York, the overall redistricting picture is the same: The GOP is in almost as good a position as it enjoyed in the last redistricting process when Republicans controlled the drawing of 55 percent of congressional districts and Democrats controlled only 10 percent after 2010’s GOP wave.

That means Democrats won’t be able to control the House for much longer. Even if they try to ram their agenda through next year, it may quickly fall apart.