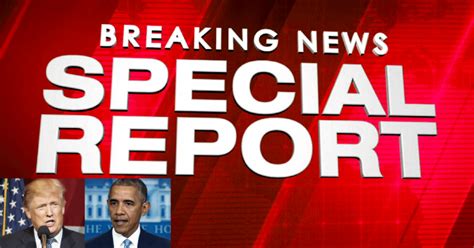 Some Democrats often floated the accusation that Trump entered politics to expand his wealth. Yeah, it’s a pretty weak accusation, but it’s no surprise with the media’s 90% negative coverage.

But Trump took a major pay cut from becoming president. He stepped away from his billion-dollar enterprise and even gave away his salary.

That is a radical departure from most past Presidents, who conveniently saw their net worth substantially increase during and after their time in office. Including Barry Obama himself.

From the time he joined the US Senate in 2005 to the end of his presidency, Obama made $US20 million alone from his presidential salary, book royalties, and investments, Forbes reported. And based on all the projects he has taken on in the short time since leaving the White House, we can only expect him to make many millions more…

The Obamas entered the White House with a $US1.3 million net worth in 2008. That has since grown to an estimated $US40 million.

Yep, it’s good to be a Democrat in politics, making millions writing books about your life. Sometimes it feels like their platform revolves around enriching themselves.

But what about Trump? Doesn’t look like he made it out as good as Obama.

Trump tumbled nearly 300 spots on Forbes’ billionaire rankings during his presidency, the magazine reported this week, with his estimated wealth falling from $3.5 billion to $2.4 billion during his four-year term.

While Obama is 30 times richer than he was before he became president, Trump lost nearly over one third of his wealth since entering the White House.

He’s by no means in the poor house, but a loss of a billion dollars is no small drop.

Where in the world do Democrats get the idea that Trump got into this thing for the money? He gave away his pay, divested himself from many of his business dealings, and lost a billion dollars.

This is only further proof that Trump is unlike most career politicians. You’ll be hard-pressed to find a politician (red or blue) that isn’t much richer now than before they were elected.

A job that is supposed to be a public service looks more like a get-rich-quick-scheme for most.

But Trump seems to be the only leader in a long time that lost almost half his wealth—and spent his time in office putting America first.

Think about that, the next time someone dares to say the 45th president tried to get rich in office.