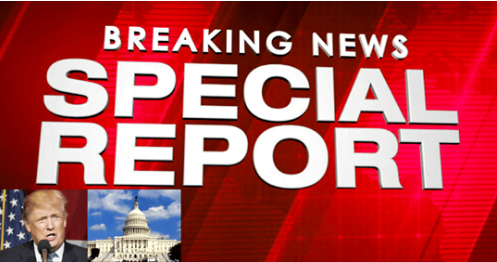 If this is in fact, Donald Trump’s final few months in office—he’s certainly not acting like he’s a lame duck.

The media wants you to forget what happened this election: suppression of legitimate information about the Biden family. Social media giants even tried to prevent bombshell news from reaching the public in a shocking act of censorship.

President Trump is not about to let that go, though. And he’s even threatening a major veto to get it done. From Fox News:

Section 230, which is a liability shielding gift from the U.S. to “Big Tech” (the only companies in America that have it – corporate welfare!), is a serious threat to our National Security & Election Integrity. Our Country can never be safe & secure if we allow it to stand…..

….Therefore, if the very dangerous & unfair Section 230 is not completely terminated as part of the National Defense Authorization Act (NDAA), I will be forced to unequivocally VETO the Bill when sent to the very beautiful Resolute desk. Take back America NOW. Thank you!

Trump threatened Congress that he will veto the National Defense Authorization Act, which funds our military unless they do something about Section 230.

How serious is Trump about Section 230 and censorship? He would even stop something he’s in favor of. It seems he thinks this must get done while he’s in office.

That’s because these sites claim to be “platforms” not “publishers,” who control the content.

Hey, if they go out of their way to control the content on their sites, they shouldn’t get immunity as neutral platforms anymore, right?

These social media platforms, all of which seem to be run by liberals, have shown many times that they are willing to control content if it conflicts with their political leanings.

That is not a fair and neutral playing field anymore. That is no different than CNN or Fox News’ websites, which control the content posted.

Trump wants social media sites to either stop censoring content or lose their precious immunity. Losing that immunity could ruin social media websites—opening them up to lawsuits and prosecution.

Do you want these sites to lose their Section 230 immunity over censorship?