Pelosi, Schumer And Schiff Get Ripped Up – A Trump Supporter Behind Donald Just Tore Up Their Photos 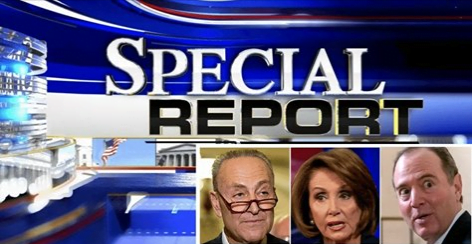 What do you think of our leftist leaders in Congress?

Even today, they call Trump is a Russian “puppet.”

They held up much-needed relief for Americans. And that’s only the start of what they’ve done.

Well, one woman standing behind Trump during a rally made it perfectly clear how she feels about them:

During a recent rally, a woman in the stands behind Trump tore up pictures of key Democrats in Congress.

She took the time to show everyone the faces of Nancy Pelosi, Chuck Schumer, and Adam Schiff—before ripping them in half.

The act is reminiscent of what Pelosi did immediately after Trump’s SOTU address.

Pelosi tore up his speech that honored American veterans, promised school choice for children, and vowed to battle the coronavirus.

It’s no secret that, if they had to face a national vote, Democrats like Nancy Pelosi wouldn’t stand a chance.

Unfortunately, they are safe because they come from deeply blue districts or states.

But recent history has told us that anything can happen.

And it looks like the American people soundly rejected the left’s future vision of America, giving more seats to Republicans in the House and most likely holding the Senate. Not to mention we are still waiting for official results on the White House.

Do you stand with these three Democrats or President Trump?