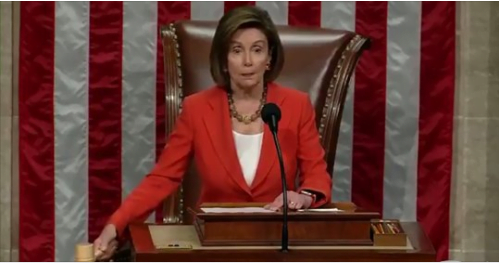 House Democrats on Wednesday nominated Speaker Nancy Pelosi to remain atop the party for another two years, brushing aside some internal grousing about a disappointing election performance in a vote demonstrating an overwhelming confidence in their long-time leader.

The nomination was secured by voice vote, during a process conducted remotely as a health precaution amid a surge in coronavirus cases.

That marks a stark contrast to the secret election of two years ago, when 32 Democrats had opposed Pelosi amid a rebellion from a group of restive moderates ready for a changing of the guard after nearly two decades under Pelosi’s reign.

The erosion of defectors reflects the support she’s since earned from a number of those earlier critics; the losses Democrats suffered at the polls earlier in month, when four moderate Democrats who had opposed Pelosi’s Speakership bid on the House floor were picked off by GOP challengers; and the ascension of President-elect Joe Biden, whose victory over President Trump has tempered some of the party’s frustrations for losses down the ballot.

The outcome was never in doubt: Pelosi ran unopposed, and her dealings with President Trump over the last two years have won the praise of even her sharpest Democratic critics.

Still, a small group of moderate lawmakers had pressed for a leadership overhaul after the party’s high expectations for expanding their majority at the polls this month were dashed when the results came in.

To secure the gavel, Pelosi will still need to secure a majority of the full House in January. Fifteen Democrats had opposed her in that public floor vote in 2019, and at least 10 of them are returning in the 117th Congress — a figure significant enough to block her path, given the party’s slimmer majority next year.

Yet Pelosi has already won the support of several of those defectors, and she’s expected to rally enough votes to win the gavel for …