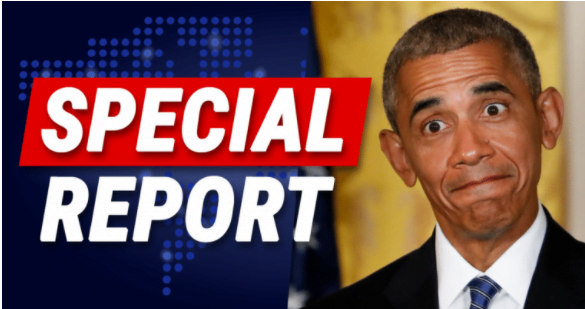 So that’s how Barack made so much money from being President!

Barack Obama wasn’t swimming in money before he entered the White House. Sure, as a senator, he had plenty of scratch (more than the rest of us).

But today? He’s got more money than he can shake a stick out.

I wonder why? The presidency doesn’t pay that much. Not enough to buy that nice big mansion on Martha’s Vineyard (which cost him $12 million).

He already owned a home in Washington, D.C.

Why is Obama suddenly so flushed with cash? Why should he be a one-percenter after he served the public as president?

Perhaps it’s because he may have been serving himself as POTUS… in the form of lucrative contracts.

It’s not the first time Obama has done things like this, either.  IWB notes that Obama’s net neutrality stance benefited Netflix, and surprise, surprise, he got a lucrative deal with Netflix, too.

Seems like Obama got nice, comfy deals after he left office. Oh, and they came from companies that benefitted from his presidency.

What is that called? A “quid-pro-quo”? Sounds much worse than what Donald Trump allegedly did.

During Obama’s administration, the publisher Pearson Publishing got $350 million from the government to print Common Core textbooks.

You know, book deals can be very lucrative. But I’ve never heard of a company paying out $65 million for a single book—years before it is even written!

Perhaps there was some kind of arrangement ahead of time?

We all know how Obama fought for bogus net neutrality policies. His FCC passed rules that were supposed to help consumers, but ended up helping Big Tech.

One of those companies was Netflix, which dominates online streaming. And guess what? The second he left office, Obama became a board member on Netflix.

This kind of thing is nothing new. Obama was just profiting off the swamp system that has been in place for decades.

But here’s an example of how it looks like he did exactly what they accuse Trump of doing, but he never got investigated like Trump called for.

The man of “hope and change” seems to have cashed in on the corrupt Washington system. Leaving the country (as many believe) worse off than it was before.

But hey, at least he has a nice big house to show for it.