Obama And Biden Should Be Worried – Days After Trump Challenges Durham, He Gives Subpoena Update 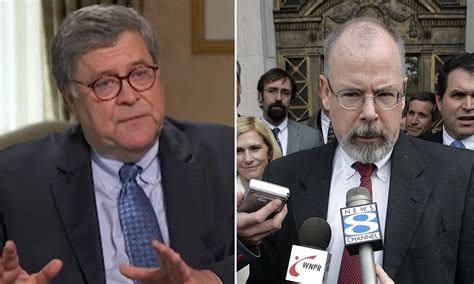 For a long time, John Durham has been leading an investigation into “Russiagate.” But we’ve seen very little of the man—even after he was made special counsel.

Joe Biden doesn’t seem all that scared. He hasn’t tried to fire the man or slow his investigation.

But Americans are getting restless. In fact, Donald Trump even called out Durham, asking (rhetorically) if such a man even exists.

Just days after Trump’s statement, we are now suddenly learning Durham has made big progress.

John Durham’s inquiry into the origins and conduct of the Trump-Russia investigation is chugging along during the Biden administration, with the special counsel arranging witness interviews and issuing subpoenas in recent months, according to a new report…

Last week, former President Donald Trump expressed his lingering displeasure with the slow pace of Durham’s inquiry, asking in a statement, “Where’s John Durham? Is he a living, breathing human being? Will there ever be a Durham report?”

Soon after Donald Trump asked about Durham’s progress, we get a report about his ongoing investigation.

Pretty convenient timing, huh? I guess Trump still knows how to pull those levers in Washington.

After being delayed last year thanks to COVID, Durham is moving along. His team is sending out subpoenas and arranging interviews. He has also been gathering documents.

That might not sound like much, but it’s proof that Durham continues to investigate the origins of the Russian hoax.

Had Durham run into a dead-end, his investigation would have ended a long time ago. But pulling in witnesses and documents suggests his case is gaining steam.

We have no clue what will come of this new development. But, as we’ve seen in past investigations, things can heat up and move very quickly.

It might only be a matter of weeks, even days, before we learn a new bombshell.