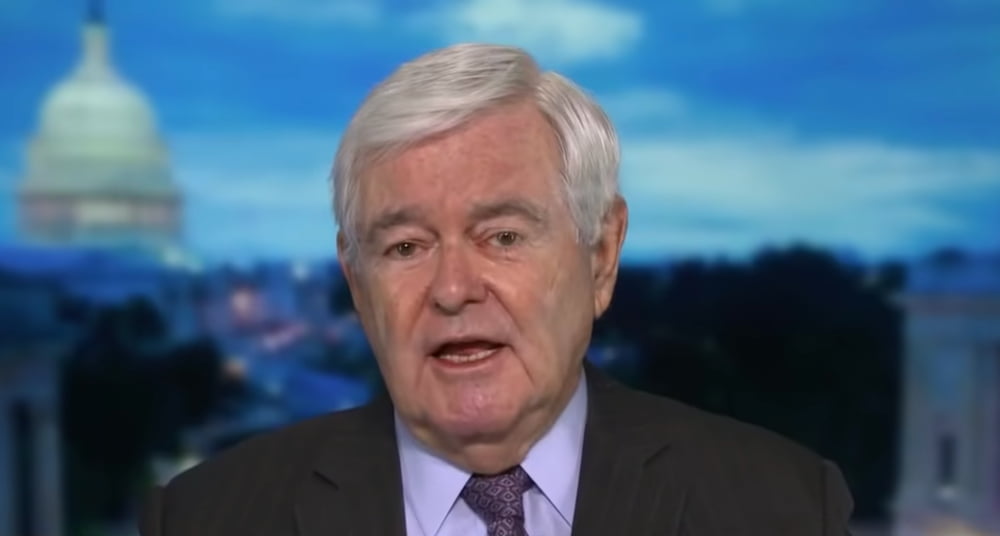 The first 100 days of Biden’s “presidency” have been a lot less exciting than Trump’s—but many think they have been far worse for our country.

Sleepy Joe has bowed to the progressive left, signing orders and bills that have destabilized the border and added trillions to our debt.

He’s pushed massive spending onto the country, with little signs of stopping. His orders have ended thousands of jobs as more companies eye leaving the country for greener pastures.

(Which, by the way, was the exact opposite thing happening under Trump’s watch.)

Newt Gingrich has decided to weigh in on Biden’s first 100 days. And he is blowing the whistle on this former “moderate.”

With the exception of the breakout of the Civil War at the onset of Lincoln’s presidency, the Biden administration’s first 100 days have been the most radical in American history…

Since January, President Biden and Vice President Harris have put forward a purely radical explosion of ideas and policies that fundamentally break with our American tradition.

Gingrich goes to town, ripping apart Biden’s radical agenda. He revealed that Biden, while sleepy and rarely seen, has pushed the “most radical” presidency in our history.

Biden has pushed a vision to clamp down on our Second Amendment rights, throw open the border, destroy jobs, and massively expand the federal government.

And that’s just the tip of the iceberg.

The former speaker humiliated Joe, pointing to the fact that even with media support, his approval is in the toilet.

Gingrich slammed Biden for a number of “big lie campaigns,” including Biden’s claim that Georgia’s voting law was “Jim Crow in the 21st Century.”

He also criticized Joe’s desire for radical change in elections and the courts.

Biden wants to spend trillions on government programs. He wants to raise taxes to pay for these handouts, which will likely lead to fewer jobs and lower wages.

Making matters worse is his intentions for the border and immigration, which will also erode jobs for American citizens.

Gingrich pulled no punches—and rightly so. The media fawned over Biden’s ongoing failures. Someone has to tell the truth.

Do you agree with Newt Gingrich?